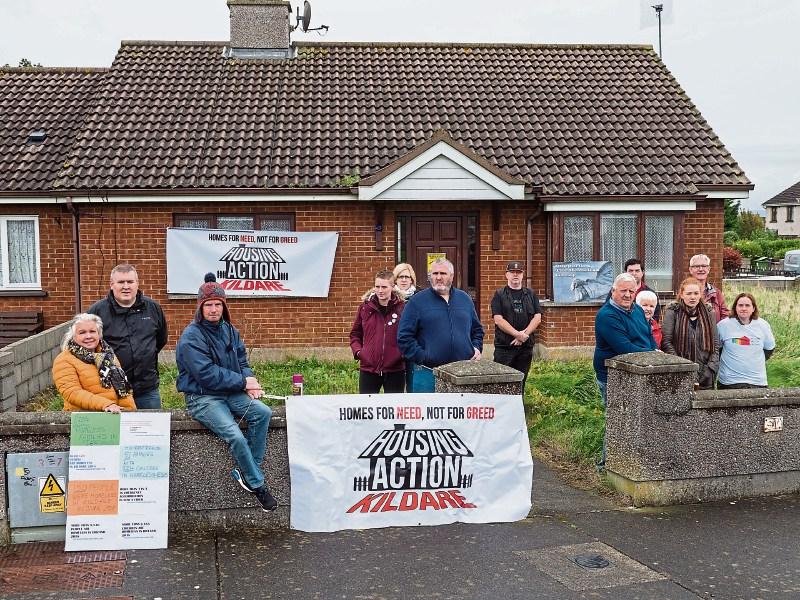 Housing Action Kildare took over a vacant house at Standhouse Rise in Newbridge last Saturday, September 22 to highlight the growing homeless crisis in the county.

“Housing Action Kildare were very happy to take part in the National Day of Action on Saturday 22 September in solidarity with all other housing groups around the country, the Irish Housing Network and Take Back The City — Dublin,” said spokesperson, Cllr Joanne Pender.

“We spent the day highlighting vacant and disused properties in the county.”

The protestors visited one house in Newbridge they claimed had been been vacant for over five years.

“We find this simply unacceptable given the seriousness of the housing crisis that this is allowed to continue,” she said.

“Sadly, there appears to be no shortage of vacant homes in Kildare. We will continue to research and report any we discover. We will also be joining the Raise the Roof Housing Protest on October 3 along with a number of further local actions in the coming months.”

At a national level the group said it is advocating for a constitutional right to public housing, a ban on economic evictions, stronger tenancy rights and universally accessible public housing. The group said the areas of most concern in Kildare are the lack of emergency accommodation, especially for families; spiralling rents; and with close to 7,000 people on the housing list, demand far surpasses supply.

“The Government is overly reliant on the private sector to build homes. Kildare County Council need to build more homes,” it said.