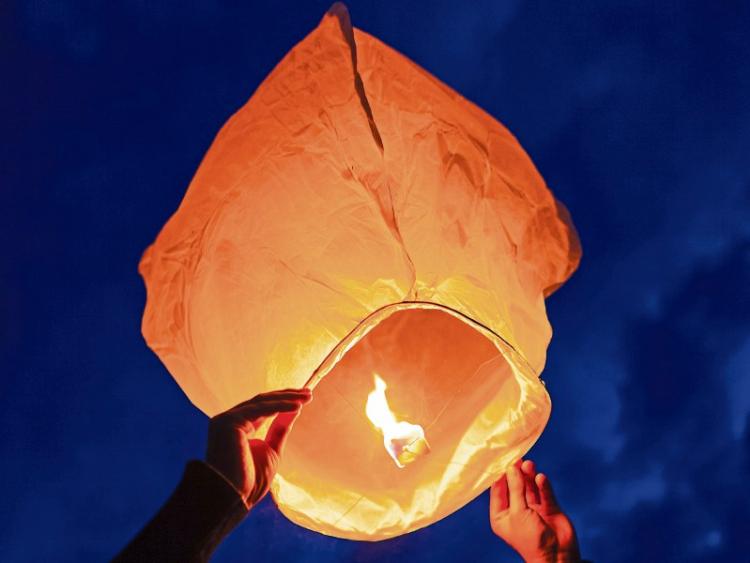 A file image of a sky lantern

Sky lanterns should be banned from the Naas area.

The lanterns, also known as Chinese lanterns, have traditionally been made for centuries to be launched for play or as part of festivities.

Now Cllr Sorcha O’Neill wants a ban on releasing of lit lanterns “Chinese or otherwise into the air in this district.”

“The releasing of lit lanterns and balloons into the air causes significant damage and sometimes fatal to wildlife, habitats, protected structures and can cause other fires. Releasing lanterns and balloons that are made of non biodegradable material is environmentally irresponsible and is essentially rubbishing our landscape indiscriminately,” said Cllr O’Neill..

She said there are other safety concerns like as rescue services personnel mistaking them for distress flares and wasting time by responding.

“Releasing lanterns  might be a nice idea in theory but the environmental effects are awful.”

At the moment there is no ban or bye law to prevent events during which lanterns are released.

“I want Kildare county council to take specific steps to ensure mass polluting events such as these cannot occur in the Naas area,” added Cllr O’Neill.