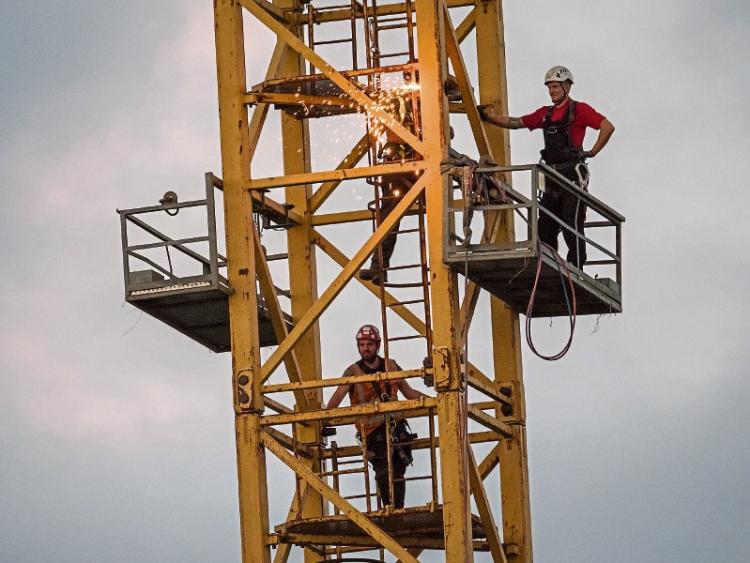 Two cranes have already been taken down

For the second weekend in a row, the planned removal of the third crane at the derelict Naas shopping centre has been postponed.

And for the second week in a row likely weather conditions are being blamed.

Kildare County Council has just confirmed that the operation, which was to have taken place from South Main Street, starting early tomorrow morning,  has been postponed.

Two of the three cranes at the site have been taken down in an operation which began on July 31.

It is now planned to reschedule the work for Saturday September 22.