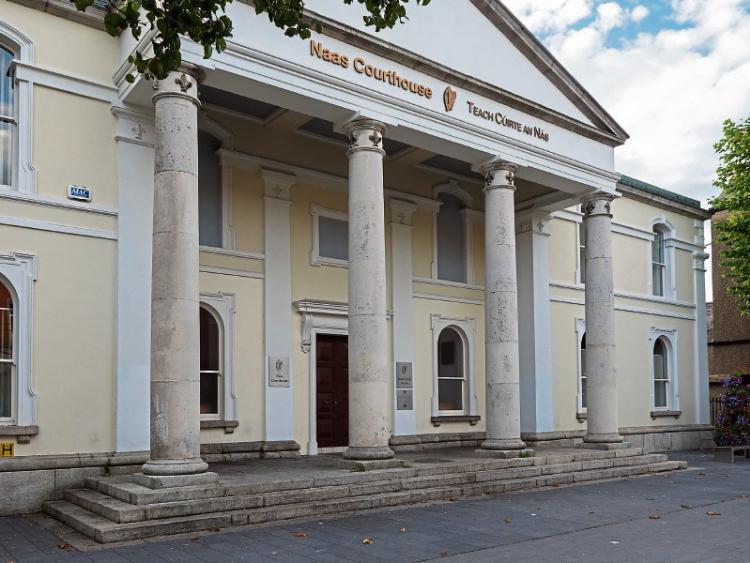 A woman was grabbed by the throat and punched in her Naas home, Naas District Court heard.

The incident happened at St. Ita’s Place on February 16.

Before the court was Gavin Mulvaney (28) whose address was given as 26 Woodlands Road, Cabinteely, Dublin, who was prosecuted for entering a building with intent to commit an offence and assault.

Sgt. Jim Kelly said the woman saw the defendant and confronted him over the way he was treating his dog because he kicked the animal, a whippet.

He grabbed her by the throat and pushed her back. The woman’s son then hit the defendant  over the head with a candlestick holder.

The court also heard that the defendant has not come to garda attention in recent times and was remorseful. The defendant was in foster care at six weeks old because his parents are alcoholics. He had also lived at times with his parents and it appeared his difficulties began when his mother tried to stab him when he was 12 years old.

He did not receive help when in State care and subsequently ended up in a mutually abusive relationship.

The defendant was abusing substances and alcohol.

He is remorseful for the offence and has not come to garda attention since then.

He also has a partner and and they have two children together.

The defendant is also trying to get a horticulture business started. He had has written a letter of apology to the injured party and says he will stay out of the area.

Referring to a victim impact statement, Judge Desmond Zaidan noted the defendant was assaulted in her own home and for a few weeks afterwards the victim would not walk around her home or sleep. She felt afraid and her son moved out and she had been prescribed anti depressants and sleeping tablets.