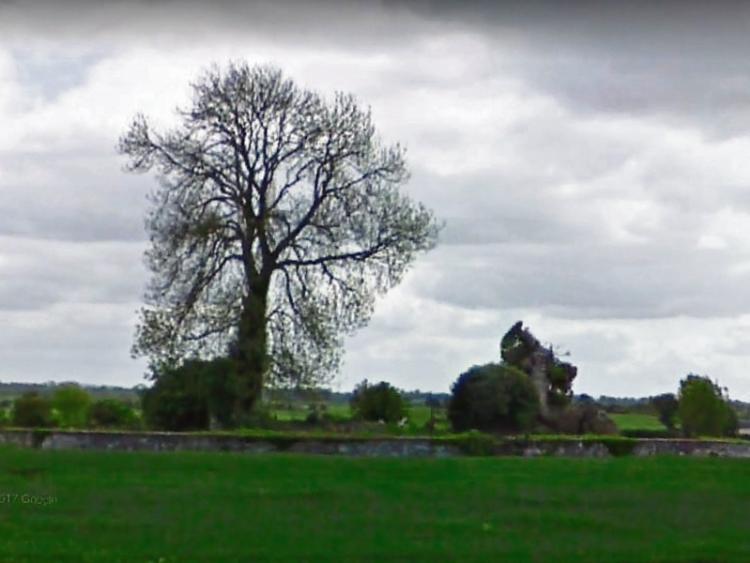 It is most likely that wildlife or dogs digging caused human remains to be scattered about at a Kildare cemetery recently.

Bones discovered at the old Dunmanogue Cemetery, near Castledermot, have since been reinterred by a local undertaker, Kildare County Council has said.

In a statement, the council said that “due to weather erosion over time and local wildlife activity, some remains were uncovered” at Dunmanogue cemetery.

The cemetery has not been used since the early years of the 20th century, and some of the graves date back to medieval, or pre-medieval times, locals have told the Leinster Leader.

It is on private land, in the middle of a farmed field and not readily accessible to the public.

It is understood that a local woman was out walking at the time and came across bone fragments which were easily idenifiable as being human.

The council explained that it is an old cemetery “which has been closed for some time”. 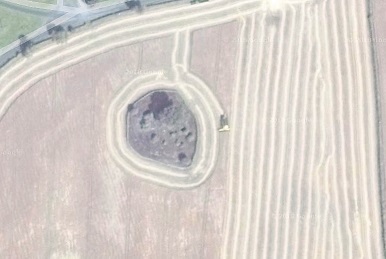 An image of Dunmanogue Cemetery, taken from Google maps

“A local undertaker has since reinterred the remains and Kildare Council Council is liaising with the Heritage Officer for advice to prevent this reoccurring.”

Kildare County Council would not be further drawn as to whether it was ensured the bones were returned to correct graves, or on any plans to protect the remains in the future.

Experts who spoke to the Leinster Leader said that this is an entirely predicatable and common occurance with older graveyards which have long since been abandoned and forgotten about.

“Wildlife digging holes, heavy rain, dogs and the shifting of soil and soil erosion mean that this is quite common in these older graveyards,” said a source.

Given possible family sensitivities the experts did not wish to comment on the record.

It is believed that the most recent burials there were in the earlier half of the 20th century, but none since then — although the Leinster Leader is aware of at least one local family which has members buried there.