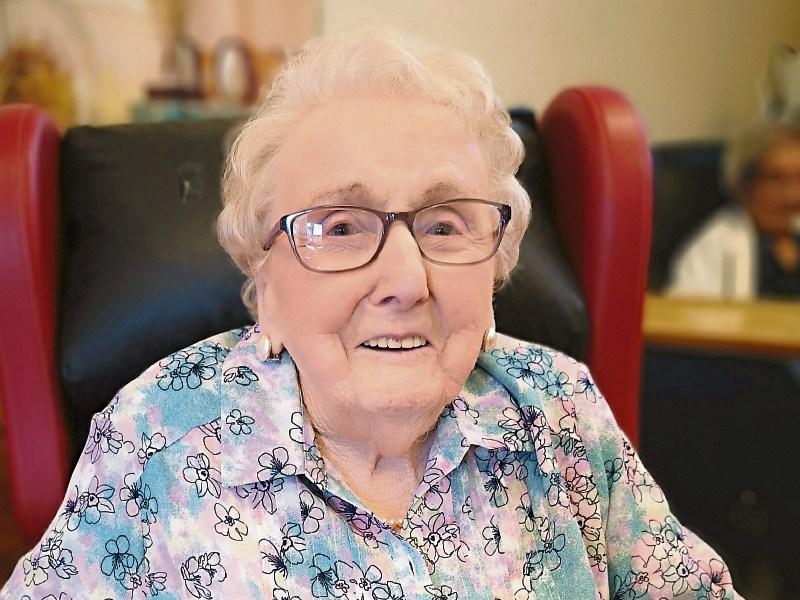 Mamie, from Narraghmore, turned 100 three days earlier on Wednesday, August 22, and was personally introduced to Pope Francis at the Pro Cathedral in Dublin on Saturday.

Her granddaughters, Gemma and Aine, took Mamie to the Pro Cathedral but did not tell her what was planned.

Gemma said they contacted the organisers on August 11 about Mamie meeting Pope Francis.

They confirmed last Tuesday it was likely to happen.

Mamie was sitting at the front row and was approached by the Pope who shook hands with her and blessed her.

He also gave her a rosary beads. “He came straight over to her. They knew it was her birthday. She was thrilled,” said Gemma.

Her parish priest, Fr Frank McEvoy, who knows Mamie well, was in the procession.

After the Pro Cathedral meeting, Mamie returned to Athy with her two grandchildren and had a glass of Bailey’s in the Clanard Hotel.

On the way home, Mamie told them: “Today was like a dream.” 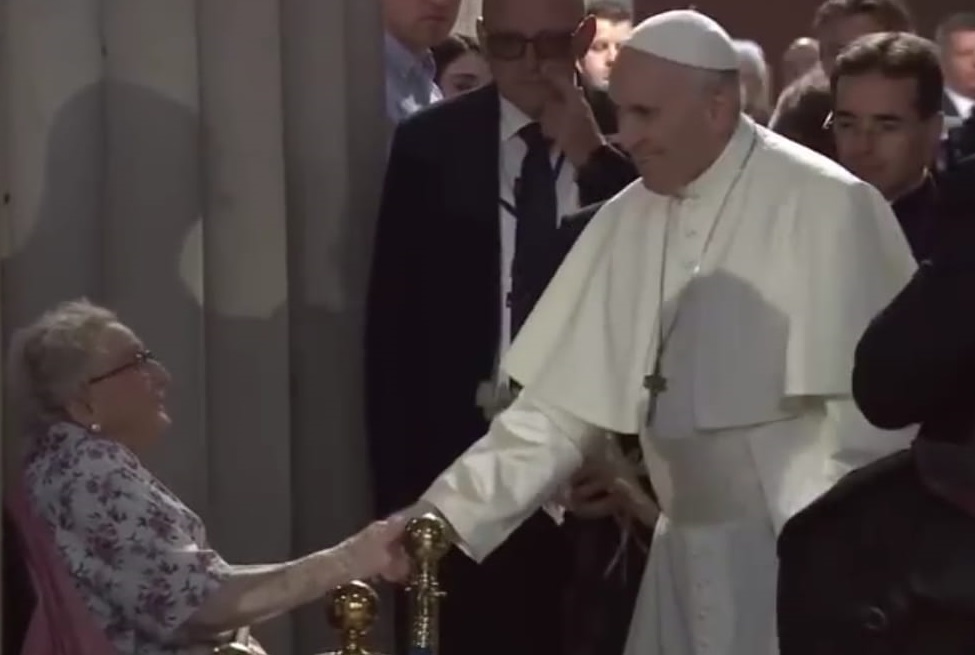 Mamie, who has lived in and around Narraghmore and Calverstown all her life, was surrounded by her family, friends and the great staff from La Cheile ward. “They are brilliant. They are very good to her,” said Gemma.

Mamie also sang a song, Danny Boy, for the party guests. “She was a great singer,” Gemma told the Leader.

“She used to sing at weddings and all over the place and she stopped in 1980.”

Kildare South TD, Martin Heydon, described her as  “a remarkable lady who is much loved in the local Narraghmore/Calverstown community.”

He presented Mamie with her €2,540 cheque from President Michael D Higgins. Mamie also received a letter from Taoiseach, Leo Varadkar.