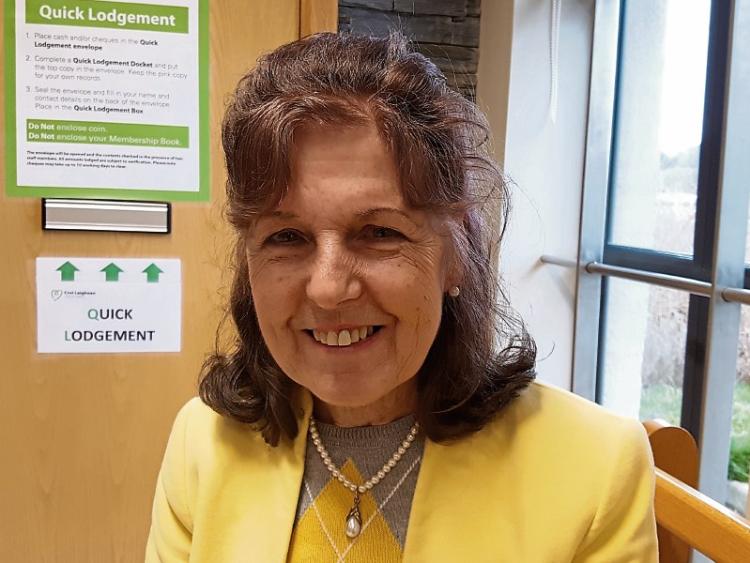 Those praying for the canonisation of Blessed John Sullivan, based in Kildare for much of his life, are fervently hoping that Pope Francis will  highlight the life of the the Jesuit this weekend or even declare him a saint.

Cait Cullen, who attended the World Family Day mass in Carlow Cathedral August 21, said they would love for something to happen.

The beatification of Fr John Sullivan took place on May 13 last year.  A number of medical miracles have been attributed to him.  One includes the curing of Michael Collins, a nephew of the famous Michael Collins, in 1928.

Fr Sullivan is intimately connected with Clongowes Wood College and the Jesuit order.

Ms Cullen and many others hope that Pope Francis might declare him a saint when he is here.

Last Tuesday, August 21, along with Angela Bright and Padraig McEvoy, Cait was in the procession at the World Family Day event in Carlow Cathedral.

She carried one of three crosses associated with Fr Sullivan. “It was very emotional..an absolutely wonderful evening,” said Cait who added that Sarah Egan, from Clonfert, was a Kildare representative in choir on the evening. “The beatification was the best day of my life and last Tuesday was the second best,” said Cait, who appeared in an RTE documentary on Fr Sullivan recently.

“People have been asking me if Fr Sullivan will be declared a saint this week,” said Cait, who was honoured to be part of the committee for his beatification, led by Fr Conor Harpur.

She does not know. But if it does not happen this time, it will happen soon, she believes.

For Cait,  a declaration of sainthood does not really matter. “He is already a saint to me,” she said, recalling going to the grave at Mainhaim when she was two year old.

Fr Sullivan was born near St Francis Xavier Church on Dublin’s Gardiner Street in 1861. He is intimately connected with Clongowes Wood College and the Jesuit order.

The move to declare him a saint focuses on many events around the college and Kildare in the priest’s dealing with local people.

Fr Sullivan joined the teaching staff at Clongowes Wood college, where he remained until his death in 1933 aged 71.

He became familiar in the Kildare villages around Clongowes, and spent much of his time visiting the troubled, sick or dying.

In the 2017 edition of the history journal, Coiseanna,  Fr Conor Harper SJ said whenever anyone was ill, it was usual to send for Father John to pray with the sick person and to bless them. “And in some cases it was only after Father John’s visit that the call would be sent for the doctor.”

At the time of Fr Sullivan’s beatification, Church of Ireland Archbishop of Dublin Michael Jackson said that the recognition of Fr Sullivan’s “holiness has a strong ecumenical feel to it, as he never rejected the influence of the Anglican tradition on his spiritual flourishing”.

Former taoiseach Bertie Ahern quoted him in his farewell speech when he stepped down in 2008. “Take life in instalments. This day now, at least let this be a good day. Be always beginning. Let the past go. Now let me do whatever I have the power to do.”