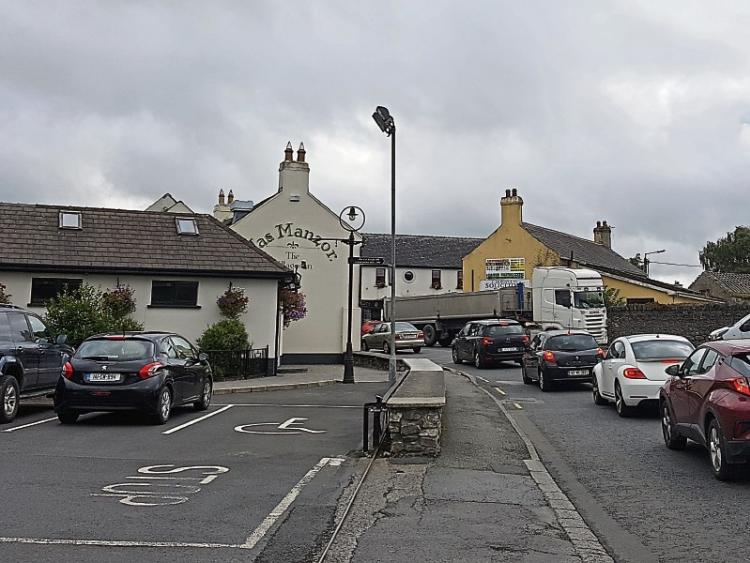 A new free parking scheme which began in Clane town centre in mid July has been welcomed by most, it appears.

But unlike in other towns they do not have to pay for them.

There are other private car parks in the town but, some say there is a need for a long term park and ride type facility.

Mags Brilly Connolly, who runs the Virgo Hairdressing Salon from a building across from the Catholic Church, said the scheme was working well.

“You can get spaces and there is turnover. My customers seems happy.

Tommy Doran, of Bob and Kates on the Main Street agreed.

“It had a “great effect,” he said, adding that there had been a number of cars pulling into spaces  during the few minutes we were talking to him on the phone.

But he said there should be no pay parking on these spaces and the town needed a long term park and ride for commuters and staff working in the town. He recalled someone parking in the street for a week when they went on holidays.

Cllr Padraig McEvoy said most business people seemed happy but there were reservations by some.

The firm doing a Health Check on the town surveyed parking space availability before the new scheme came and found 54% (including free and paid for spaces) were unoccupied.

It remains to be seen what the future will bring.

But for now, spaces is more available around the town centre.