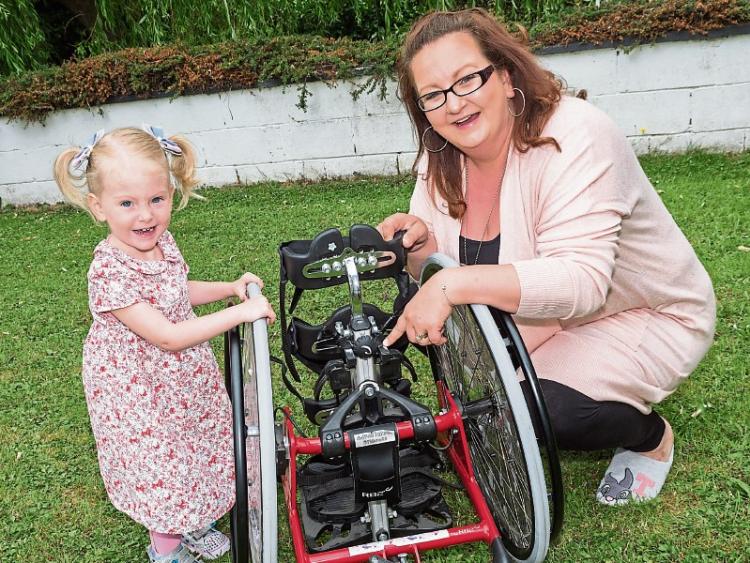 Alyssa and her mum Amanda with the stander, which is missing the vital part PHOTO: TONY KEANE

A Clane toddler and her family have been waiting for eight months for the HSE to provide a €50 part for a vital piece of equipment she needs to get around.

Two-year-old Alyssa Reeves has spina bifida and hydrocephalus and needs the piece of equipment, known as a stander (walking frame).

As her mother Amanda explained to the Leinster Leader, the family waited for several months last year for the stander which finally arrived in January after confusion over the funding.

The missing part allows the stander to expand as she grows, and already, having put on a growth spurt this year, Alyssa has begun to outgrow the aid.

“We had a lot of issues trying to get the stander last year after it had been misplaced. When it finally arrived there was a part missing,” Amanda explained.

“She uses a stander to help with her mobility and posture.”

Amanda revealed that she would happily pay for the extra part herself, and that Enable Ireland have been active on the family’s behalf, but still the piece remains missing since last January.

When contacted by the Leader, a spokesperson for the HSE said that they could not comment on individual cases.

As of the time of going to press, the HSE has not responded to a query about whether there is generally a difficulty in sourcing these pieces of equipment.

Alyssa and her mother have in recent weeks been part of a campaign called ‘The Fight of our Lives’ run by the Spina Bifida Hydrocephalus Ireland (SBHI). 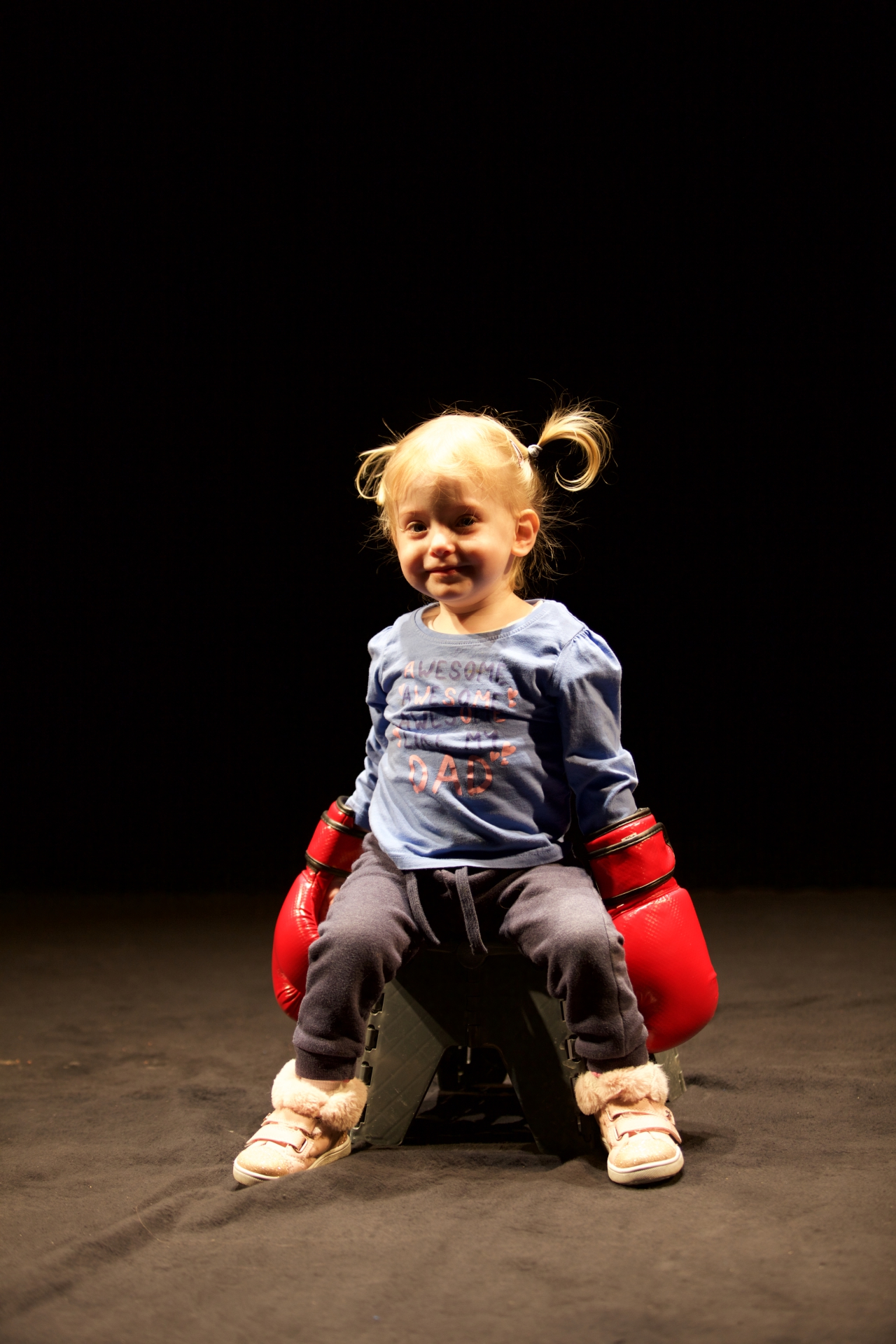 One of the stills from the campaign film featuring Alyssa

The powerful video features Alyssa, Amanda, and other members of the family wearing boxing gloves to highlight how the constant struggle with inequality for those living with one or both, of the conditions can be a draining fight.

“This new campaign film is intended to highlight the constant fight those living with disabilities and their families have to face every single day,” the society explained.

“Unfortunately, the members of SBHI, such as Alyssa who is featured in the film, are engaged in a fight for the most basic of services and this campaign has been launched with the express purpose of educating wider society of the reality of living with a disability in Ireland today.”

Hydrocephalus is a condition where too much cerebrospinal fluid builds pressure in the brain, this is usually relieved by a shunt (a rubber tube) which is fitted internally to drain the fluid away into the stomach, or sometimes the heart.

It is often referred to as a hidden disability due to the lack of obvious physical signs in most cases.

It is common for both conditions to be experienced at the same time from birth. In Ireland 64% of those living with spina bifida also have hydrocephalus.