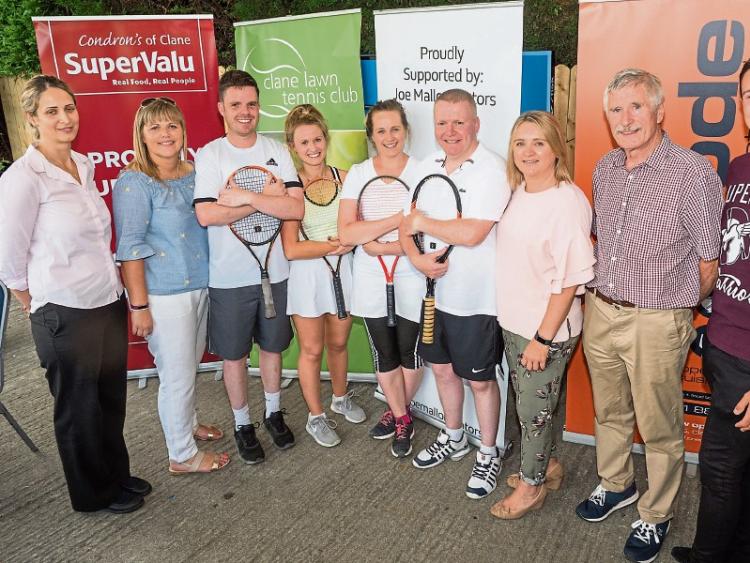 SEE ALSO: Controversial four month road closure on Kilmeague to Allenwood road to be extended by a month

Two teams from Celbridge and the north Kildare clubs, and one from Rathangan took part in the tournament.

Local businesses supplied teams as well as Cooks of Caragh.

The Serve Me Double team (Stephen Sherry, Lauren O’Grady, Louise Johnston, and Ronan Behan) saw off Team 3XM (Juno, Susan, Ronan and Freya Ryle) in the main competiton. In Section 2, the Fed Express team were winners over Big 4, while in Section 3, the Jones's Bar side saw off the challenge of a Prosperous side.

Liam Burke, who entered his side, Burke's Titanics (comprosing himself, Mary McDonnell, Paddy Pehan and Mary McCarthy) confessed to the Leader to an early sinking.

There won't be much rest for the wicked at the club. Mr Lavin said their junior and teenaage summer camps are running throughout this month and are vey well attended with around 80 players taking part. When the camps are over, the club is expected to announce details of changes it will making to its clubhouse.