The Mayo fan was left "upset and embarrassed" 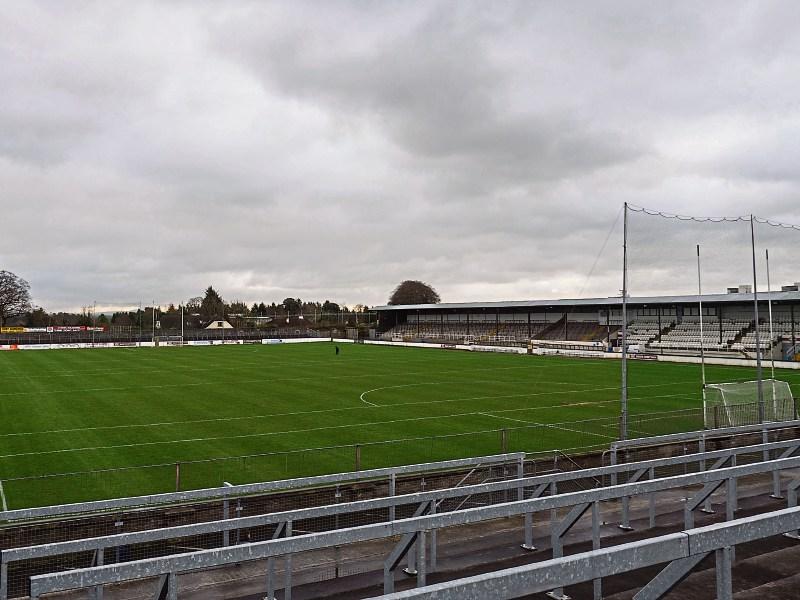 A Mayo fan and mum was redcued to tears in St. Conleth’s Park before the Kildare v Mayo game last weekend when she was told by a steward she could not breastfeed in the stand.

Iseult Mangan travelled to St. Conleth's Park with her husband and kids last Saturday evening, and arrived at the grounds around 5pm before 7pm throw-in, allowing plenty of time to settle five-month-old Senan.

When she asked where she could sit in the stand to feed her baby, a steward told her seats were reserved and she could not do that here.

“When I went to go up into the seats, I was stopped from going up there. He said ‘these seats are kept for people’, and I said ‘ok, fair enough, is there any other seats anywhere here? I’ve just come from Mayo and I’m breastfeeding my baby and I need to sit down and feed him. I won’t be able to do it standing up”, Iseult told the Leader.

“I kind of was so shocked, I had my 11-year-old daughter with me, I took a step back, and said ‘are you for real?’ and he just looked over my shoulder and he did not speak to me again."

Iseult moved further down to the tiered stand, when she was approached by another steward going up the ramp with her buggy.

“As I was going up there another steward came running towards me and said ‘no you can’t go up there with the buggy’ and I didn’t realise it was because it was a wheelchair section, and I thought he wasn’t letting me up anyway, and I burst into tears.”

“I wouldn’t usually, but the poor man, he was so good. The look of panic on his face, he couldn’t have been nicer. He called over a female steward, he helped me carry the buggy up the steps to the stand, and he asked me did I want a chair.”

“If that hadn’t happened, I was leaving.”

Iseult and her family are massive Mayo GAA fans, and said something like this has been the single worst experience at a GAA grounds.

“We only missed two Mayo games all year this year and that’s because the baby was born.

“I’ve fed at every match I’ve ever been at, discreetly and nobody ever even noticed or nobody ever said anything to me.

“I said it’s as well Mayo are out now because I don’t know if I’d have gone to another Mayo match with the baby, I would have watched it at home.”

Ms Mangan tweeted her anger to The GAA and Kildare GAA after the game.

“Being upset and embarrassed, I kind of got angry then after a while, and I started thinking if I was a first time mother and if it was a couple of weeks back when I was struggling to feed the baby, it could have been so much worse and I could have given up feeding or anything because of it.”

“I tagged them in the tweets, but I have a letter written, I haven’t sent it yet but I’m going to send a letter to them and Croke Park, I got an apology on the day from the other nice steward and he brought down the guy that was in charge of the stewards, he re-assured me he would be dealing with the issue so I’m not looking for an apology per se, it’s more a change of attitude within the GAA, maybe more than anything else, and just to note that it happened.

“It could happen in any grounds and it was possibly just the one man’s opinion, but he was wearing a steward jacket to represent Kildare GAA. I would have liked to have seen them distance themselves from the comments.

“Maybe he wasn’t raised the same as the rest of us were, maybe he just doesn't have any female relatives that have ever had to breastfeed and he doesn’t understand. It mightn’t be all his fault, per say.”