The cranes have not been used for many years 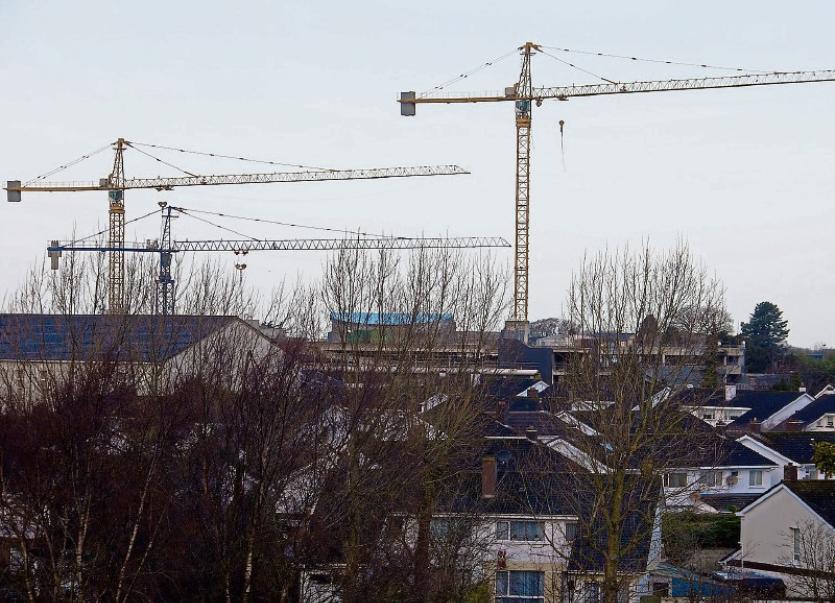 The cranes dominate the Naas skyline

The cranes at the derelict Naas Shopping Centre are to come down.

The three cranes dominate the Naas skyline and haven’t been operational for more than a decade now, leading to safety fears and a good deal of criticism over the unsightly appearance of the huge structures.

Negotiations are taking place with a contractor to dismantle the structures.

The news that the cranes are to be taken apart will be welcomed by Naas residents who regard them an eyesore and will put an end to fears that an accident could happen.

The cranes are located just metres off the main street and equally close to the 1,000 student Naas CBS.

However Kildare County Council has previously indicated that the structures are subjected to regular safety checks.

The Leader understands that the receiver appointed to find a buyer for the centre is in talks with a contractor about removing the cranes and dismantling work is likely start in a few weeks.

However the receiver, Duff and Phelps, did not respond to a request for a comment from the Leader, which was made through a public relations firm it has engaged.

Valued at €100,000 each in 2013, the cranes have been certified as safe up to fairly recently and certificates endorsing this have been provided to Naas Town Council when it existed and Kildare County Council.

A year ago KCC indicated that the developer inspects the cranes every six months; but KCC has no role in this and it's not necessary for safety reports to be provided to KCC.