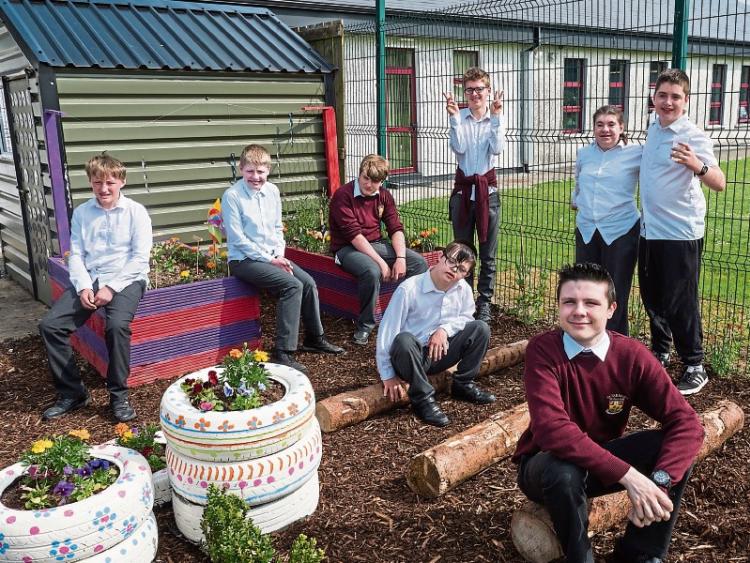 Students at recent opening of sensory garden at St Farnan's

The chairman of St Farnan Community School’s, Prosperous,  Board of Management said the school hopes that in the next three to four years it will have a new state of the art school in Prosperous.

In November 2015, then Kildare North TD, Emmet Stagg welcomed the news from the then Minister for Education, Jan O’Sullivan, of the School Building Programme 2016-2021 which would have additional eleven major school building projects proceed to construction in Kildare North along with five projects already approved.

Among the project listed, due to start construction in 2018, was an extension to St Farnan. Now the plan is to build an entire new school.

Cllr Weld told the Leader today (June 22) that the Department plan is to knock the current school, which caters for around 540 students and build a completely new school, which would accommodate 1000 pupils. Only the existing gym would remain.

Cllr Weld said the Department have visited the site a number of times: “We are on the first step of the ladder but we have been told that a new school is the plan.” It will take three to four years, “at least,” he said before the new school is ready for occupation.

He said there are a lot of steps to go through, from design to tender etc.

In the meantime, there will be new temporary prefabs at St Farnans.