Book to be launched in Kilcullen this Friday morning 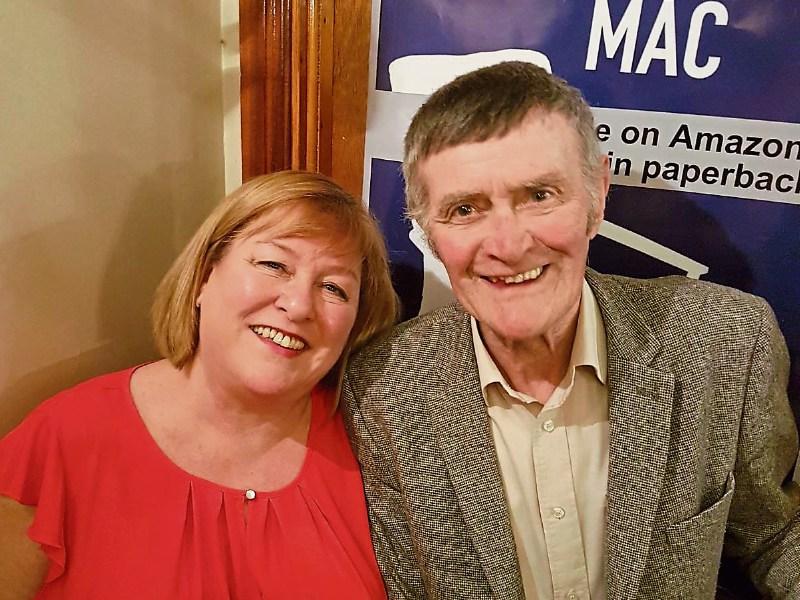 Newbridge woman Maria McDonald has written a family saga based on her great-grandparents’ true story of finding love across the sectarian divide in Belfast over 100 years ago.

Maria’s great-grandfather Charlie McMullen, a Protestant from East Belfast born in 1873, married Mary Jane, a Catholic from rural Co Down. The pair raised five children, and sectarian rifts split their family as their offspring took different views on the religious and political strife of the time. Charlie was shot dead in his own home just after the imposition of Home Rule.

The story, which is dedicated to Maria’s father Ernie, follows the family down the generations as they were scattered across the world in search of opportunities as well as peace and security. The book began with the writer researching her family history and grew into a family memoir.  Ernie and his wife Mary felt obliged to leave their native Belfast in September 1976, as the day-to-day reality of the Troubles descended into a vortex of sectarian violence.

The McMullens built a new life in Kildare, becoming immersed in sport and social activities in their adopted hometown of Newbridge.  Yet they maintained contact with family north of the border up to the present day and Maria remained acutely aware of their family story.

The book, called ‘Charlie Mac’, which was the author’s great-grandfather’s nickname, tells the story of ordinary people living through extraordinary times, taking Irish history out of the textbooks and into the kitchens and workplaces of everyday life.

The book is currently for sale for €12 from Farrell & Nephew in Newbridge and Woodbine Books in Kilcullen.

It is also available on Amazon for Kindle.

The official launch will take place in Crean’s Place, Kilcullen, this Friday morning, June 1, from 10am to 12 midday.