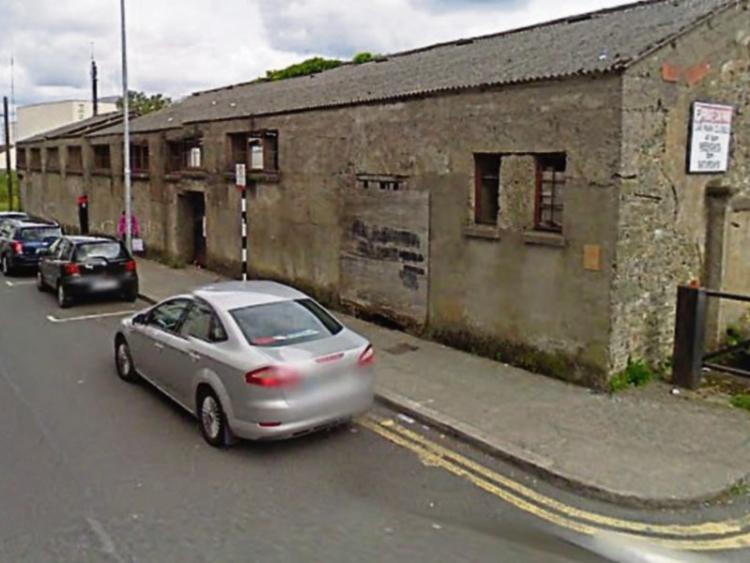 Plans have been lodged for the demolition of the controversial O’Modhrain Hall on Cutlery Road in Newbridge.

The local action group, which was set up to campaign for the retention of the building for community use, is concerned about the latest development. They are asking the Charities Regulator to make a public statement outlining if he has made a decision on the sale of the building.

When contacted previously by the Leader, the regulator declined to comment.

According to solicitors acting on behalf of the building's trustees, the sale has been approved by the regulator.

Wilkinson Price Solicitors were contacted by the council on foot of requests from local councillors for a meeting with the trustees.

Last November, the council said the solicitors “advised that the request to have a meeting with the trustees was not possible at this stage due to the fact that the sale of Ó’Modhráin Hall was near completion.”

The council said; “They further advised that the Charities Regulator approved the sale and the process in which the sale was finalised (i.e. public auction). A formal written reply is awaited from the solicitor.”

Members of the action group, set up to seek more information about the sale of the former band hall, held a public meeting last summer.

A committee, founded on foot of the meeting, contacted the Charities Regulator.

It called on the regulator to examine legal issues relating to the Charitable Trust established when the Eamon O Modhráin Hall was purchased from the State in 1959 for community use.

The committee also sought information about when the trustees were appointed as well as asking if the public interest was best served by the sale of the hall. The historical importance of the building was also highlighted and various documents outlining its ownership prior to the sale supplied to the regulator. 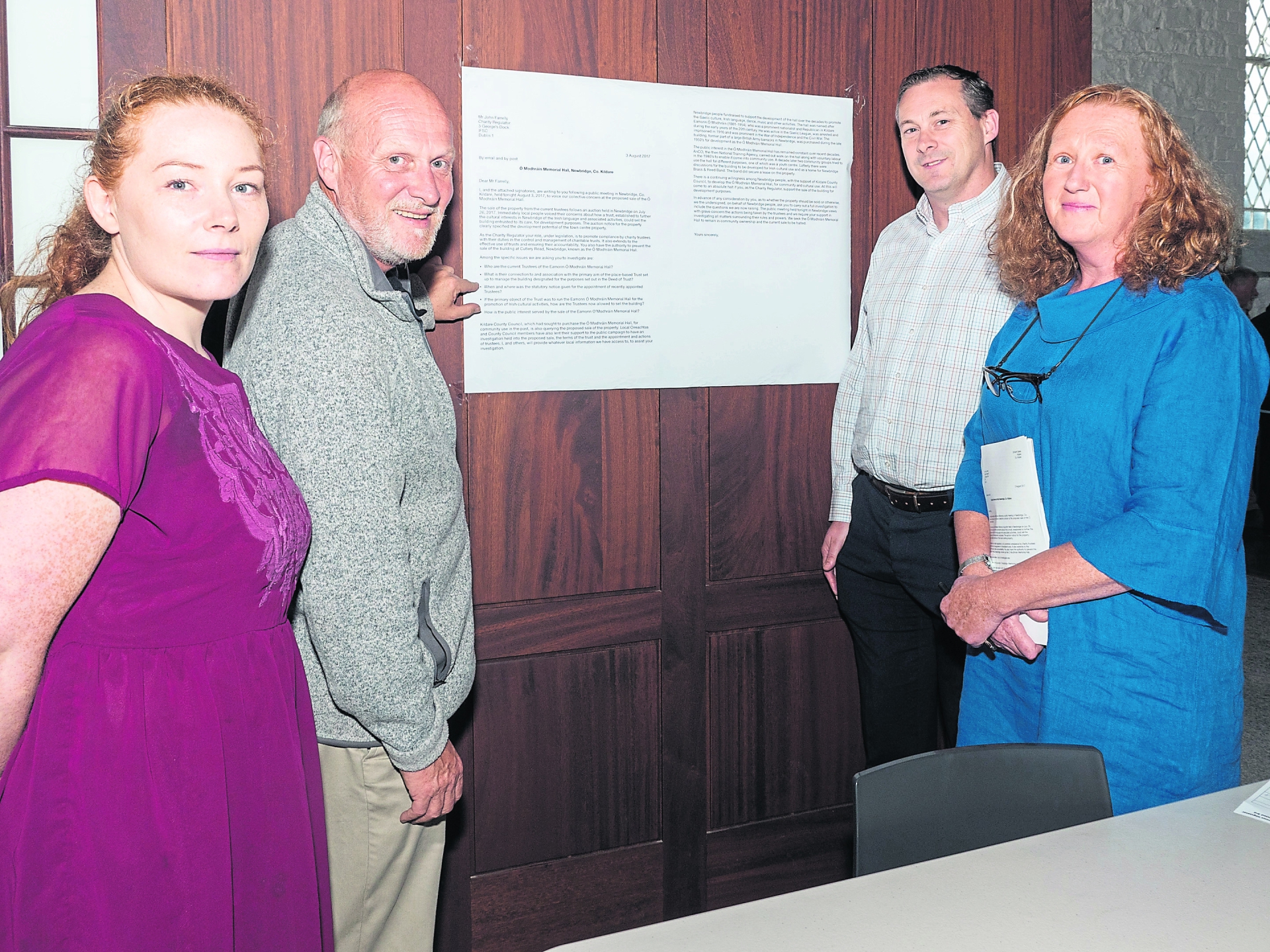 Cllr. Joanne Pender, Eamonn Ó Modhráin and Daire Begley who are both grandsons of Eamonn Ó Modhráin, and Orla O’Neill, pictured with the letter on display which the public were being asked to endorse at the Public Meeting concerning the sale of the Ó Modhráin Hall, Newbridge, in the Town Hall on August 3 2017. Photo: Tony Keane

The group is again seeking clarity from the Charities Regulator as to whether a decision has been made and the reasons for it's decision.

Orla O’Neill, a member of the group, said the people of Newbridge fundraised to build the hall and they are ultimately the beneficiaries of the sale.

“The Charity Regulator’s role is to represent the public interest and we are asking them to make a statement on the matter,” she said.

The Charities Regulator has been contacted by the Leader for comment.

SEE ALSO: Progress on redevelopment of Market Square in Kilcullen