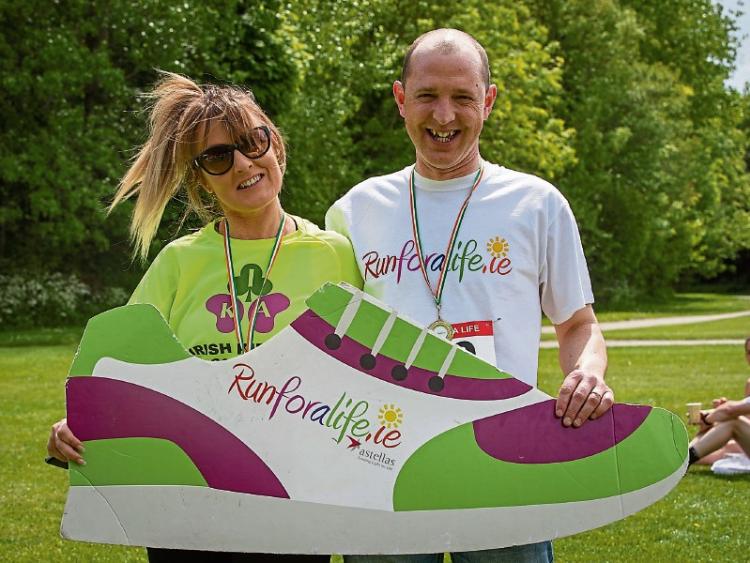 A Newbridge husband and wife were two of the hundreds of people who took part in the Irish Kidney Association’s ‘Run for a Life’ family fun run at Corkagh Park in Clondalkin last Saturday.

Kidney transplant couple Debbie Laffan and Reg Plunkett from Newbridge were running for their lives while celebrating their 12th wedding anniversary. Debbie donated one of her kidneys to Reg in October 2015.

Also taking part in Run for a Life for the second year in a row were the Casey family from Clane, including Rebecca, (16), Aaron (14) and Sorcha (11) and their parents Peter and Alison. They were celebrating the life saving liver transplant that Alison underwent three years ago.