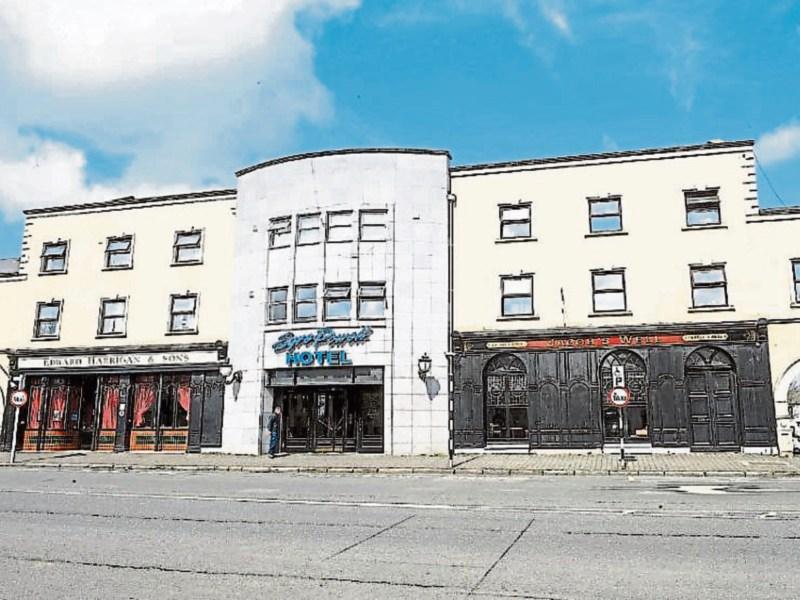 The former Eyre Powell Hotel in Newbridge, which is now a Direct Provision Centre

People living in Direct Provision in the Eyre Powell Direct Provision Centre in Newbridge had ‘no access to hot water for bottles’ and are using ‘poisonous toothpaste’ prior to 2012, a Council meeting heard.

Michael Power, chairman of The Newbridge Asylum Seekers Support Group was speaking to Kildare-Newbridge MD councillors at their monthly MD meeting today, May 16.

The support group was set up in 2002, and Mr. Power said while conditions have improved over the last few years, there are still a number of issues.

He told Councillors that prior to 2012, there had been issues with access to hot water for baby bottles, and he claimed there was poisonous toothpaste imported from China. There was also reports of cockroaches before 2012, and not enough washing machines for people to wash clothes.

Currently, he said there are people living in Direct Provision for six to seven years, who have no decision making powers, and no education.

He added that there can be tensions between people, different cultures and religions, particularly when these people have to share a room.

The group are very happy with the support given from the council, with money from the community grant scheme allowing the organisation of outings and playschool for kids during the summer.

Mr. Power asked the council to provide more activities for people to help their mental health.

Cllr Joanne Pender said Direct Provision is almost like a prison system, with no access to jobs, education or social settings.

Cllr Morgan McCabe said for a first world community, the system is appaling, and said the country will feel a lot of shame in a few years.

Michael Power added that the English language is a huge barrier for employment for some people, which is why activities are needed to keep people busy.