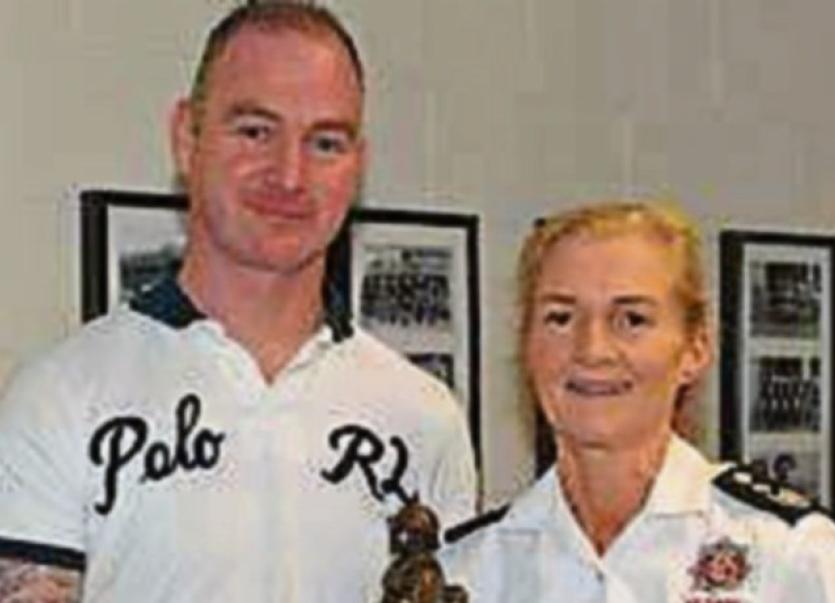 Kildare Fire Service said Eoin started out back in 2010, and quickly found his feet in central station. They said he struggled with the argument of being the tallest firefighter in Kildare as Simon Kealy was insistent on beating him.

His colleagues said he was always on hand to give a dig out to those starting out, and was a friendly face around the drill yard and training days.

Nigel Tobella, station officer in Newbridge said; "Eoin was a very hard working and professional firefighter who dedicated nine years to Kildare Fire Service. He was always in good spirits and friendly to all his work colleagues. He will be very difficult to replace, and we wish him well in his new venture."

On his final evening in the station on April 30, Eoin was presented with a statuette from Chief Fire Officer, Celina Barrett in recognition for his dedication to the service.

His wife Tracey was presented with flowers by SACFO Niall O'Riordan.

“He will be missed from all crews within the service but we wish him and his family the very best of luck for the future in everything they do,” said Kildare Fire Service.

Eoin played for Milltown GFC, and later went to Sarsfields where he played in goals.