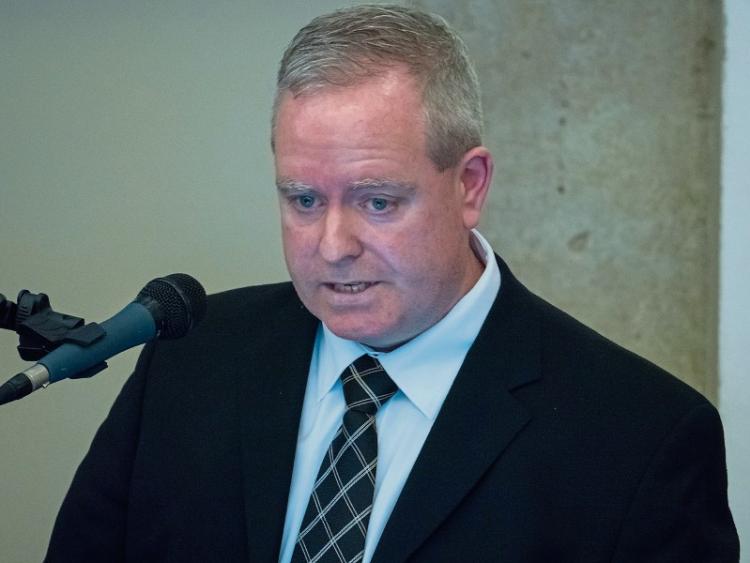 Angry residents demanding that two planned routes be “taken off the table” may stage a march if these  are not withdrawn.

Kildare County Council have publicised three route options. Two of these are similar and start at near the entrance to Naas Racecourse an exit at Blessington road. A third route, known as 6, will start further up the Dublin Road and takes a wider berth around the tipper side of Naas racecourse, before exiting at a point closer to  the Oak Glade residential area on the Blessington Road.

At last night’s public meeting seven of the nine councillors who make up Naas Municipal District pledged to back the residents, who are demanding that 1 and 2 be rejected.

The meeting, arranged by a residents group which says it represents up to ten estates in Naas, brought nearly 400 people to the Osprey Hotel.

However it’s the nine Naas councillors - Rob Power, Fintan Brett, Deborah Callaghan, Seamie Moore, Darren Scully, Anne Breen, Billy Hillis, Carmel Kelly and Sorcha O’Neill - who will have the say on whether the plan goes ahead.

Only two - Cllrs Hillis and Brett - were absent from the meeting and sent apologies, as did  TD Catherine Murphy.

Consultants are currently assessing all three routes and will make a recommendation to the NMD about the route to take.

It’s not clear when they will be asked for their decision; but it’s likely that a vote won’t take place before September.

In the meantime the residents have made their opposition known.

Steven Fadian, who lives at Kingscourt where residents currently have a view of the racecourse, said the group currently represents about 900 homes “the number growing all the time” are affected  and this represents 2,700 votes.

He complained about a lack of information about how these three routes were put forward - eight were originally considered.

Green areas in places like Sundays Well and The Gallops will be affected as new junctions are created to facilitate the road. “There is a real danger of fatalities in estates,” he warned.

He said Naas is expected to have a population of about 30,000 in 2024 and by contrast Kilkenny, with a population of 26,000, has a better ring road built away from residential development.

A Bru na Riogh resident Kevin Greene said that the users of a cycle path on Dublin Road (linking the big ball with Poplar Square)  and traffic on the main road will be prioritised in terms of movement ahead of people living in estates off either side of Dublin Road.

Referring to possible pollution from vehicles he said: “This will deliver an environmental disaster.”