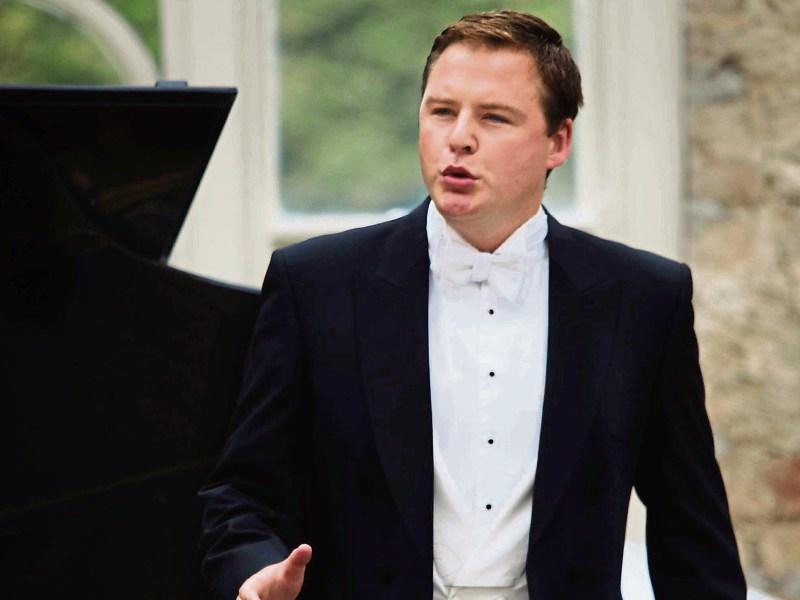 It will be a homecoming of sorts for well known tenor Patrick Hyland when he opens the Punchestown Festival later today.

Eadestown man Patrick will perform with the Baldonnel Singers between 2.30 and 3pm – in advance of the first race, which takes place at 3.40. He will sing the national anthem shortly before 3pm.

“It is a great honour to be asked to sing at the opening of the Punchestown Festival this year. I live near the racecourse so the festival has always been a big part of my life growing up and it continues to be so. With both my local schools, Rathmore and Naas CBS closing for the festival it was like a special holiday,  a second Christmas if you will. Seeing the tents go up for the first time in early April would always make my heart beat a little faster with excitement,” Patrick told the Leader.

He added: “I am an avid horse racing fan especially of the National Hunt. My family has connections to the racecourse itself as in both my great grandparents were born on the grounds of the track itself at either side of the racecourse. So it is in the blood, as they say. Its such a credit to the team at Punchestown that the festival is continuing to grow from strength to strength.”