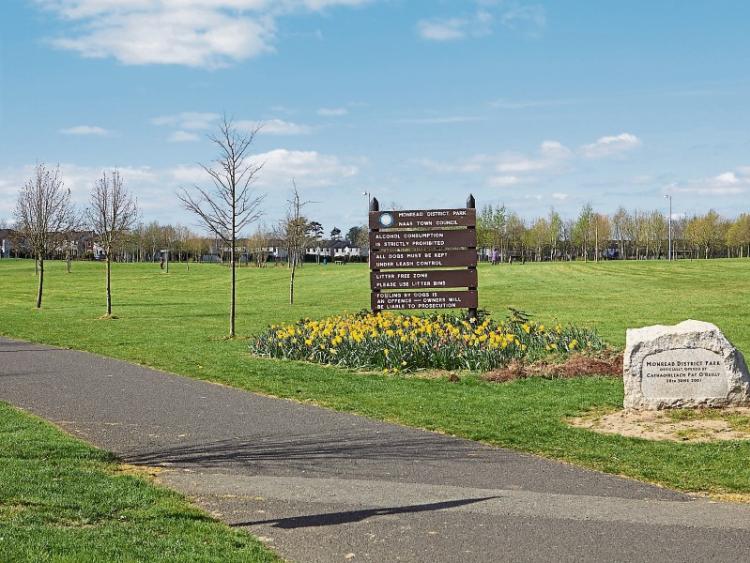 Maybe Bruno is bored or Lulu’s feeling lonely. Or perhaps all those sausages has meant that Elsa is packing a few pounds and could do with a little exercise.

Whatever your pooch and whatever its problem a temporary dog park, which is set to open in Naas  this Summer, holds some kind of promise for Betty the Bichon, Sean the Schnauzer and Charlie the Chow Chow.

Dog parks are sort of like pubs or maybe coffee shops for hounds - places to meet, make friends, talk about the affairs of the day and, as the dating ads on TV promise, “maybe more”.

If you’re a dog owner you’d be barking mad not to put these dates into your diary.

Many owners have been whimpering, howling, whining and scratching at Kildare County Council’s door  for this development for some time.

Kildare County Council staff have been working terrier-like  to launch the dog park at Monread Park.

They’ve been sniffing about the place like crazed beagles trying to find the right location for the facility.

And doggone it, for a while there it seemed like it mighn’t happen at all  But if you thought it wouldn’t come about you’d be barking up the wrong tree. It’s just that there was a paws in progress.

Because now it’s been decided that  a series of poop up, or rather pop up, dog parks will open in Monread.

KCC says that €5,000 is being spent on the pop up dog park “to demonstrate and gauge use of a permanent dog park.”

The aim is to run the park once a month at the weekends between May and September.

The park will be set up for a day and then taken down again.

It promises to be an oasis of fun in a dog eat dog world.

And, because KCC promotes equal opportunity your ten breed mongrel will be welcome too.