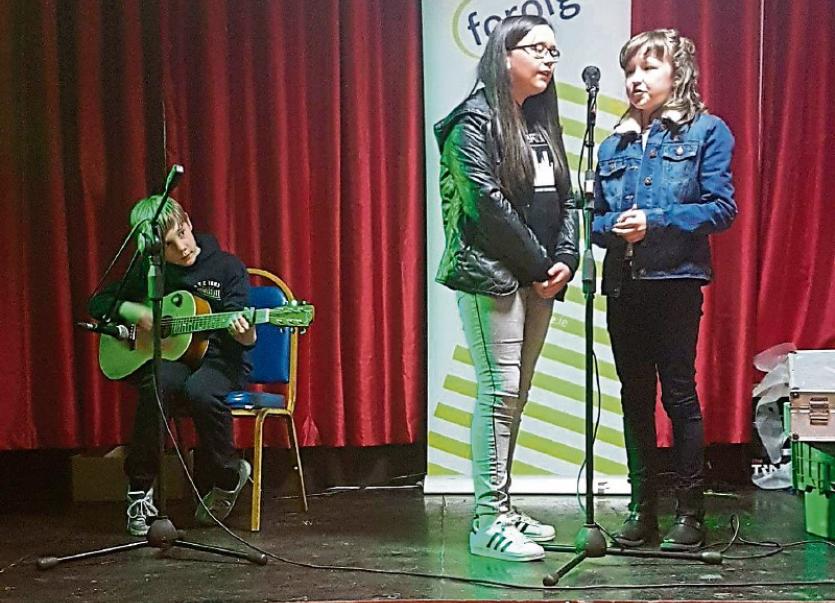 Some of the performers

The talent final was held on April 6 last, hosted by Milltown Foróige Club in Prosperous.

Milltown and Balyna progressed through to the national finals in Carlow.

Over 90 members from across Laois and Kildare had ten acts compete for the two spaces available to represent their county at the national finals in Carlow.

The Dance Act “Im Only Human” from Balyna are made up of seven members who choreographed their routine as a story about suicide awareness for teens,

Tom from Milltown sang A Team by Ed Sheeran acapella, and blew everyone away.

In a separate category the Judges were also able to put forward “Planet 3” the Junior Club of Narraghmore. Members Emma, Lucas and Amy did their club and ages proud as they belted out “Wonderwall” by Oasis,

In the “Spirit of Foróige Award”, the Judges award went to Mary of Milltown with her delivery of the Dramatic Piece “Winners” by Brian Friel.

The three acts representing the county in the national finals will be hoping to take home gold.