The building is under construction off Monread Road, Naas

Some 40 jobs will be created at a new retail/filling station business opening outside Naas this summer.

The project is currently under construction at Monread Road, Naas, within metres of the 24 hour McDonalds drive thru and close to the Tesco shopping centre.

An official announcement with more information about  the project is expected within a week.

It’s being developed by Monasterevin  brothers Donal and Liam Fitzpatrick, who opened the Junction 14 motorway service station, near Monasterevin, six years ago and is being marketed as Monread Fare.

They operate the Crossings motor centre at Sallins Road, Naas which is a Toyota car sales business as well as the long standing agricultural machinery business JH Fitzpatrick Ltd in Monasterevin in addition to Monasterevin Motors and one of the oldest filling stations in Ireland at Monasterevin.

It’s understood that the 40 plus jobs will be a mix of  full time and part time positions.

There will be a Texaco filling station with a dozen pumps, a Spar convenience store, a Papa John’s Pizza outlet (which is part of the Supermacs business) and an Insomnia cafe. 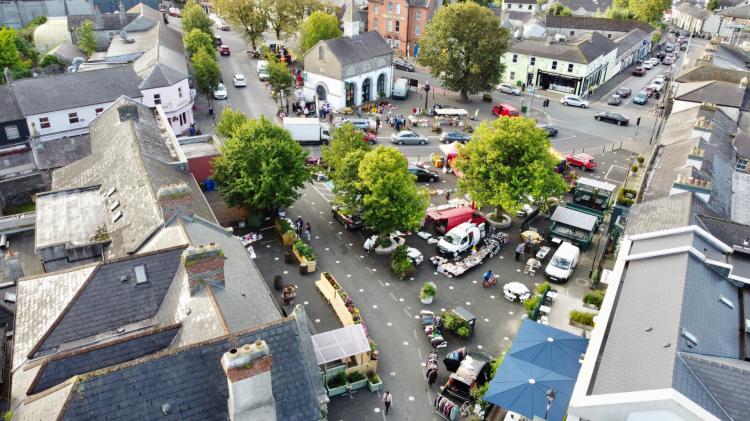