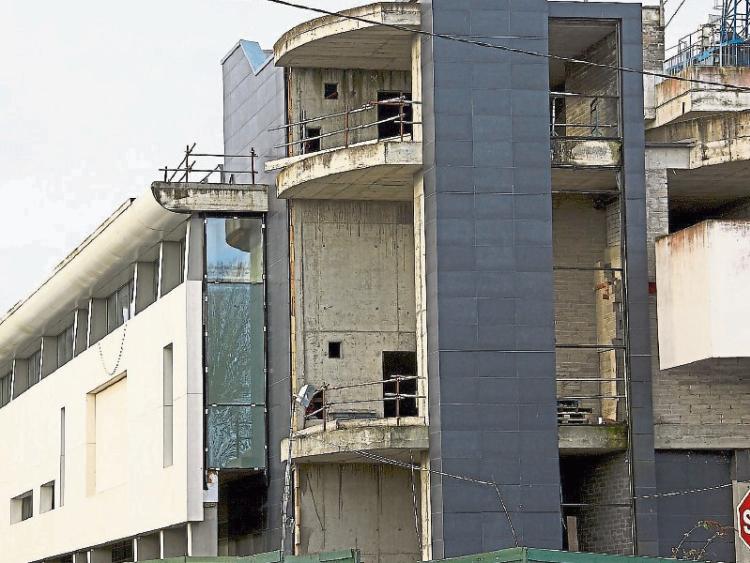 Pressure is mounting for the unopened Naas Shopping Centre to be placed on the list of derelict buildings held by Kildare County Council.

Naas Tidy Towns is seeking to have the premises listed  - along with some other buildings in various states of neglect around Naas.

“The council say they will take action and this could mean that a charge is levied against the owners of the property,” Bill Clear of Naas Tidy Towns said yesterday.

A derelict site is defined as any land which detracts, or is likely to detract, from the appearance of land in the neighbourhood.

KCC is obliged to maintain a register of derelict sites along with information about the site, the name and address of the owner, its intended use and its market value. The council is also obliged to inform the owner of its intention to list the site.

The legislation also obliges the owner to take all reasonable steps “to ensure the land does not continue to be a derelict site.”

It also empowers the council to say what needs to be done to prevent it continuing to be derelict. In some cases a derelict site can be acquired by the local authority - though this can be opposed and would be a time consuming process - subject to compensation being paid to the owner. KCC has held numerous meetings with the National Asset Management Agency seeking to progress the sale of the centre.

The National Asset Management Agency has repeatedly decline to comment on the centre.

The council is also entitled to charge levies of 3% of the market value of the site in the first year.

Three other sites in Naas could also be listed the Donnelly Mirrors and Cemex plants (both closed since 2007) and a long disused private dwelling at St. Corban’s Lane.

“To be fair the number of buildings which are derelict in Naas is quite small relative to other towns and we are working with KCC and with the receiver appointed to sell the NSC. While the cranes above the NSC are unsightly, we’ve had assurances that they are safe but we feel they should be removed. We want to continue to work with the receiver and KCC to improve Naas,” said Mr Clear.