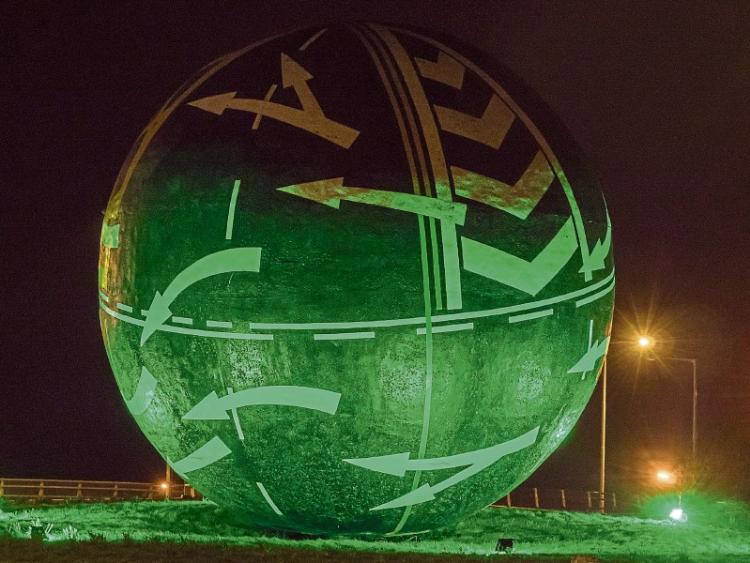 The Big ball as it looked last night

The ball, officially fashioned as a piece of art known as 'perpetual motion' over two decades ago, has taken on a green hue - or at least the bottom part has.

The effect has been achieved by adding a green filter to the lighting already there.

As reported in the Leader there was agreement to change the colour a month ago.

But here was some toing an froing between two public bodies before the move was approved.

Transport Infrastructure Ireland, which has responsibility for major road routes, said it has no objection to the greening of the ball "in principle, provided Kildare County Council is satisfied that such lighting will not interfere with driver safety."