Timeline given for works to begin on controversial Newbridge skatepark

Construction to start on site 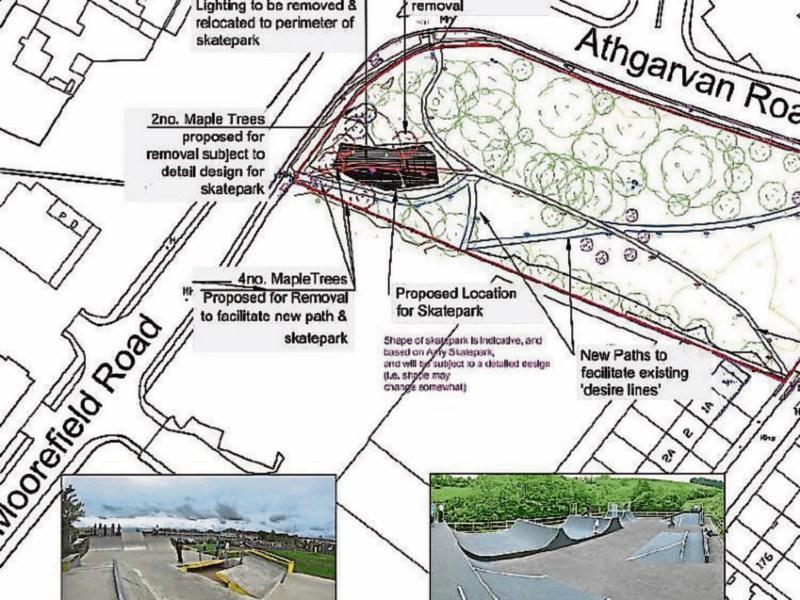 The proposals for the skatepark

A timeline has been given for works to start on the new skatepark in Newbridge.

A report issued by Kildare County Council at the Kildare-Newbridge Municipal District today (February 21) said contract details are currently being finalised with the successful tenderer.

“It is hoped to commence construction in April 2018", it said.

They added; “The estimated construction time is 12 weeks.”

The skatepark will be located across from Dunnes Stores at the green area beside Woodies car park on the Moorefield Road.

The project was given the green light by KCC members in May 2017.

Many local residents of Moorefield Park tirelessly campaigned against it, setting up a petition called “Save Moorefield Park Green Area”, with fears it will bring anti-social behaviour, graffiti and illegal parking.

However, Newbridge Skatepark campaigners canvassed for over 20 years to get it up and running.

SEE ALSO:  A Newbridge estate has set up petition against a planned skatepark