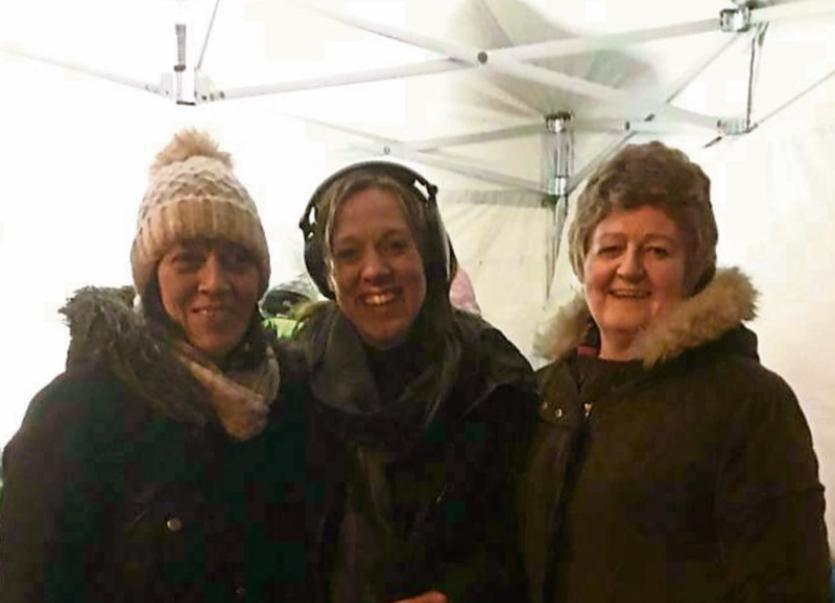 A Newbridge woman,who helped to set up a weekly food stall for the homeless and those struggling to stay in their homes, has been nominated for a People of the Year Award.

Tune in to RTE radio one tomorrow morning to Sean O'Rourke, (10am to 12 noon) to hear why Dolores Naughton from the Dining Room was nominated.

Although Dolores said the award is for all the volunteers, chairman Tom O’Connor said she was the driving force behind setting up the group.

“She will say it’s a team effort, but Dolores is an outstanding worker and it’s not just two nights a week. There is a lot of work that goes on behind the scenes. She has a fabulous approach, she brings light into people’s lives,” said Tom.

The Dining Room, which sets up outside Newbridge Town Hall every Wednesday and Friday night, provides an average of 50 hot meals, sandwiches, clothing and sleeping bags to service users.

Broadcaster, Evelyn O’Rourke volunteered with the Dining Room last Wednesday week and interviewed service users, volunteers, and donators, to get an insight into what the Dining Room means to the community.

These interviews are due to be broadcast tomorrow.

When contacted by the Leader, Dolores praised all the volunteers involved in the Dining Room.

“It’s not me, we are a team, there are a lot of people involved, but it is great to get the recognition,” she said.

She stressed the support of the local community was key to the success of the charity.

“Every single cent that comes in, goes out on food, clothes, and sleeping bags. Without the support of the community, we would not be able to do what we do. The businesses and the people of this town have been just fantastic.”