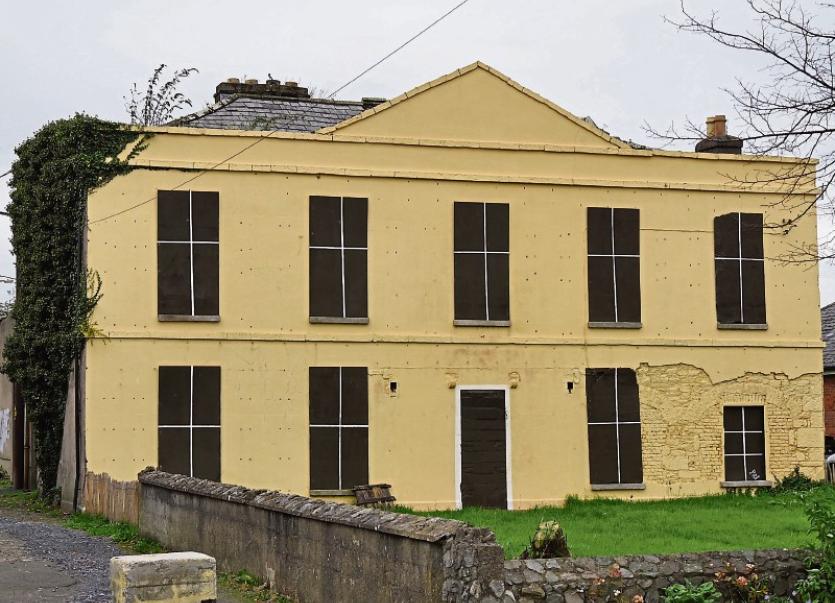 Up to forty jobs could be created at a new business to be opened at the iconic Market House building in Naas.

Kildare County Council is considering a planning application for a new restaurant and public house at the premises, located at the Grand Canal harbour area.

The planning process could take about three months from now and the aim is to have the new business open for Christmas 2018.

The application has been made by Pat Keane and his son Jeff, a highly qualified chef, who have operated the popular pub/restaurant Hanged Man’s at Milltown, Newbridge for two decades.

Pat Keane told the Leader that his plan is to move the operation to Naas - but would not be drawn on whether this would mean the closure of the Milltown venue.

The planning application seeks to remove all derelict structures and boundary walls at the back, non-original internal partitions and stairs and chimneys and the reinstatement of the original ground floor arched openings. There will be new two and three storey extensions and the entire building will have a total gross floor area of just over 1,000 square metres.

“We have had pre-planning meetings with KCC already and  they have been encouraging especially Jacqui McNabb (KCC’s Head of Enterprise). It’s a huge task for me and my son and it will be a team effort. The service and style of the restaurant will be in keeping with the history and status of the building,” said Mr. Keane.

Asked how much the project would cost, he replied “too much”, adding that he intends to do justice to what is a beautiful building. Market House was built in 1830 by the fourth Lord Mayo John Bourke.

The National Inventory of Architectural Heritage, regards the house as  an “important component of  the early nineteenth century century build heritage of Naas.”

He said almost 20 people work in Milltown and this figure could double in Naas.

“We open at 5pm in Milltown but Market House will be open all day every day. We find it hard to get staff to work here because it’s in a rural area but more staff will be available to us in Naas, which is a town with much potential.”

He said that the levies charged by KCC will be reduced because Market House is a listed building.

When permission was previously granted for a pub/restaurant to the Keanes in April 2009, the then Naas Town Council sought levies totaling €351,500, which, along with the recession, was among the reasons the plans did not proceed.

That planning permission was subsequently extended in May 2014, but this expired last April.