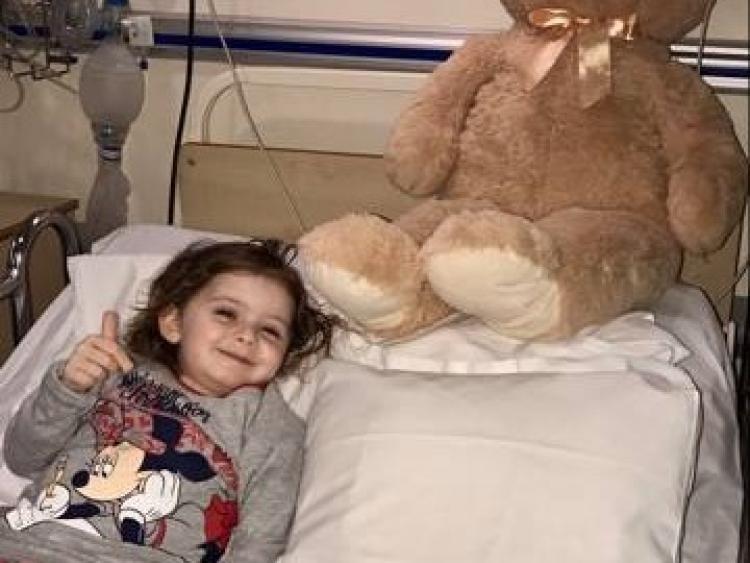 The community of Nurney are organising a GAA fundraiser in aid of a local girl, Sophia Conway, who was diagnosed with a brain tumour last month, and needs special treatment abroad.

Sophia’s father Martin is the brother of former Kildare star Mikey Conway, who is spearheading the fundraiser.

“The whole community sort of got together, and they wanted to do something for her, and the logical thing for the football club would be a football match. Mikey would have played with Johnny Doyle, Eamonn Callaghan, Emmet Bolton, Hughie Lynch and all these lads, they’ve all agreed to play in the match, to raise a profile of it just so it gets out there,” he said.

Bubbly Sophia, aged 3, underwent an operation to have a brain tumour removed on December 19 of last year.

While it was successful and the whole tumour was fully removed, doctors said further specialised proton treatment would be needed, the kind only available in Germany.

“It was a full excavation, they took out the whole tumour, so she’s in a really good place at the minute, she’s back to herself”, added Martin.

The family will fly over to Essen later this month, where Sophia will go through up to seven weeks of intensive treatment.

Martin said the Gavin Glynn Foundation, who assist families with children fighting cancer in Ireland to go abroad for treatment, have been a huge help to himself, and partner Michelle.

The pair are expecting their second child in May, so the support shown by the foundation and the community of Nurney has been a huge help.

Sophia’s symptoms first began in October 2017. She had been vomiting every day, and suffering from head pains. A number of tests were carried out, that all came back clear.

Martin and Michelle persisted to bring her back to the hospital, as they knew something wasn’t quite right.

Eventually a CT scan was carried out, that confirmed their worst fears.

While Sophia’s tumour was caught early, some aren’t as lucky, so Martin’s message to parents is to be persistant.