Controversial 'Great Wall of Dunnes' in Newbridge is set to stay 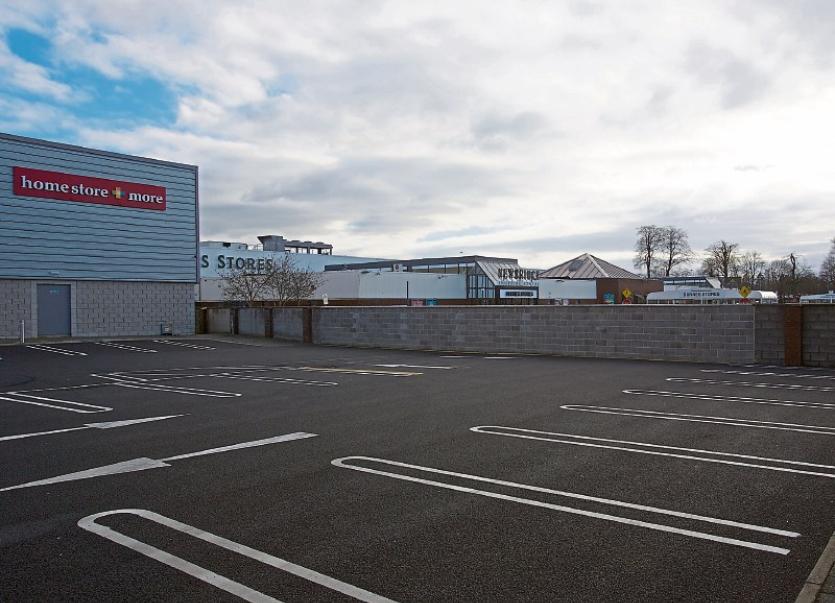 'Great Wall of Dunnes' in Newbridge

It look’s as if Newbridge’s controversial ‘Great Wall of Dunnes’ is here to stay.

The concrete block wall was built in September 2015, just days before the neighbouring SuperValu store opened.

An Bord Pleanála has given the green light for the revamp of Newbridge Shopping Centre on Moorefield Road, which had been appealed by a local businessman last June.

Last May, Dunnes Stores got the go ahead for the revamp of the centre by Kildare County Council, however there was no mention of the ‘Great Wall of Dunnes’ in the decision.

Calls had been made for the wall to be knocked down to free up access to the town centre.

He highlighted the council Transport Department’s concerns in relation to the boundary wall remaining in position.

He pointed out the department said the wall would ” endanger public safety by reason of a traffic hazard”.

He said the construction of the wall has resulted in “restricted permeability and connectivity” between the Castlebrook Investments Ltd property (Dunnes Stores) and the adjoining Newbridge Retail Park for all road users.

Dunnes contended the majority of the adjacent retail park was vacant and used for bulky retailing goods only when the gap was open.

It said more traffic was generated more units were occupied and this is why it was closed.

It has also said it does not own the land the other side of the wall and has no legal right to open up an access point to it.

An Bord Pleanála largely supported Kildare County Council’s decision. It granted permission for the new development under conditions, but the report found there was no established link between the Retail Park and Dunnes.

"I am satisfied that the proposed modifications on the subject site are acceptable in principle. The third party appeal lodged with the Board is fundamentally about a link between the shopping centre and the Retail Park.

"The shopping centre has as its anchor tenant Dunnes Stores, with a number of smaller units in the mall which are mostly vacant.

"No link existed when the shopping centre and Retail Park were first developed as illustrated on numerous planning permission drawings. Those applications were assessed by the Council on the basis of no link between the two sites.

"The removal of the wall in the early 2000’s and its recent reinstatement was not the subject of any planning application or permission. Thus, I consider there is no established link, pedestrian or vehicular, between the two sites.

"There is no specific objective relating to the shopping centre site in the LAP and the applicant has no control over the adjoining lands. I do not consider the fact that a link is not proposed as part of the upgrade of the shopping centre reason to refuse permission."

The plans will allow for the textile and grocery areas to expand. A new entrance is proposed in the centre of the front facade.