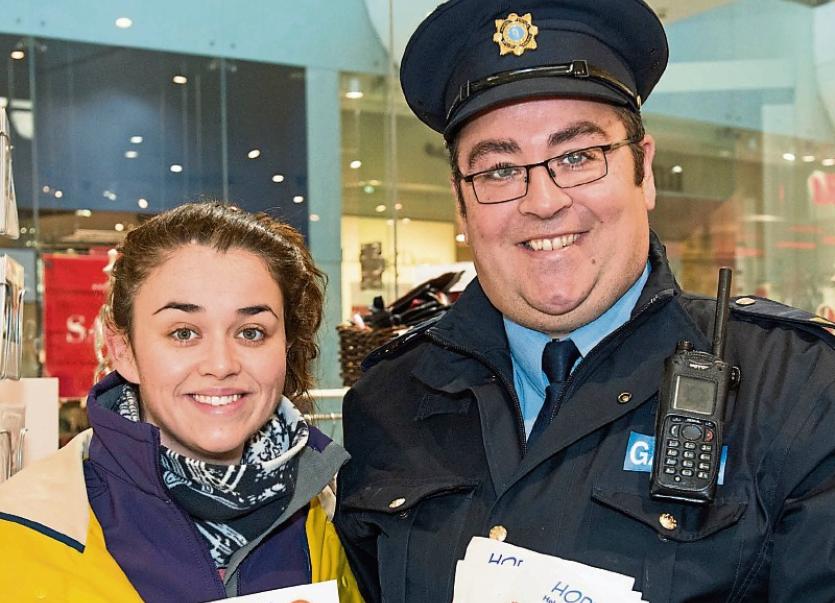 Kildare mental health charity, HOPE(D) is planning to form a support group in the coming months for young people who are struggling to cope with the stresses of modern life.

Terri Thorpe, Chairperson of HOPE(D) said the charity were very pleased with the campaign and she was particularly grateful for the support of The Kilkenny Shop, Whitewater manager, Ingrid Ryan; and all the patrons.

“We got a great response from the public but we still had a lot of people who weren’t aware of us, or what we do, so it was good to connect with them,” she said.

“We collected €2,480 which was a huge amount. People were so giving and so generous.”

HOPE (D) provide discreet professional counseling with fully qualified therapists for those battling mental health problems. Ms Thorpe said the suicide support group will be back up and running soon. She said the charity had also been asked to help set up a support group for people in the 20 to 35 age bracket, who are feeling under pressure.

The chairperson also said she also planned to organise workshops for parents of younger people who are coming under pressure due to gender ID issues, bullying on Facebook and other struggles facing teenagers.

“It’s hard for parents and they just don’t know what to,” she said.