Cancer patient, Shan Tynan is feeling postive about her continuing treatment in the US 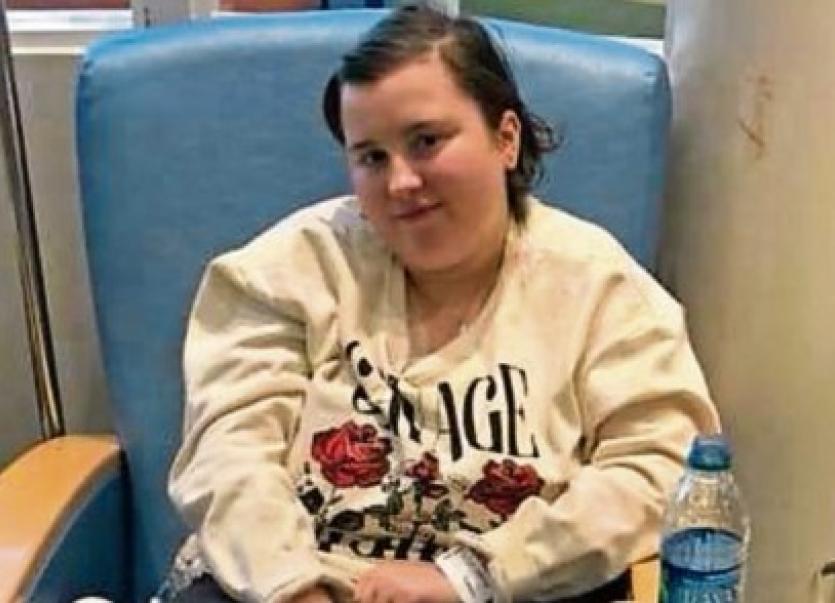 Shan is a picture posted on her facebook page yesterday

Eighteen year-old Shan Tynan, whose mother Leona is from Newbridge, remains very positive about her ongoing treatment as she continues to battle a rare form of cancer at the Texas Childrens Hospital in the USA.

The Carlow teenager gave an update on her condition on her facebook page yesterday.

“Hey guys, it’s Shan here! I know you’ve all been eager for a detailed update but the last few months my appointments have been filled with lots of different opinions as my team of doctors have grown, Dr McClain is still my head doctor and sees me every week and will stay as my main oncologist but we are happy to have other doctors joining the team who are interested in histio and want to learn about it so they can take on patients too,” she said.

She pointed out that Dr McClain has been trying his best to find the chemo that will work best for her. They have made the decision to continue with Clofarabine, but unfortunately certain areas like Shan’s gastro system and lesions have been harder to clear.

“Although I still have affected areas, I also have improved drastically from arriving here last February, we have found a good medication regime for pain and although it’s a lot of meds for now, they are definitely helping to keep my pain at ease and keep me as comfortable as possible and as soon as we can cut out meds that I don’t need we will start that process too throughout the rest of my treatment plan and active histio & neuropathy,” she said.

Shan went to Houston for treatment at an estimated cost of €500,000. Following a massive national fundraising appeal, over €735,000 was generated to give her a chance at life. Many fundraisers were organised throughout the country with some taking place in Co. Kildare.

Shan has been through such a tough time but this weeks blood results were the best she has had in a long time.

She said the chemo delay helped her body recover a bit more than the usual week of chemo every three weeks.

“We’ve some mixed news and thought we would’ve been able to go back home by now as we approach a year in Texas, but this year has shown just how much of a complex and rare case I have! We are trying together as a family to stay as positive as we can, this week has been good as my aunt sue is here and my dad is coming here on Thursday,” she said.

“We still have some worries approaching the new year as we will still need fundraisers done if anyone is interested! Unfortunately in the medical world, you can never really keep up with the bills but are still extremely grateful for every person to help, donate or host an event! The love and support you’ve given from the start is so overwhelming but we are so thankful for each one of you”, she said.