Fiona and Eoghan appeared on TV3's The Babymakers earlier this year 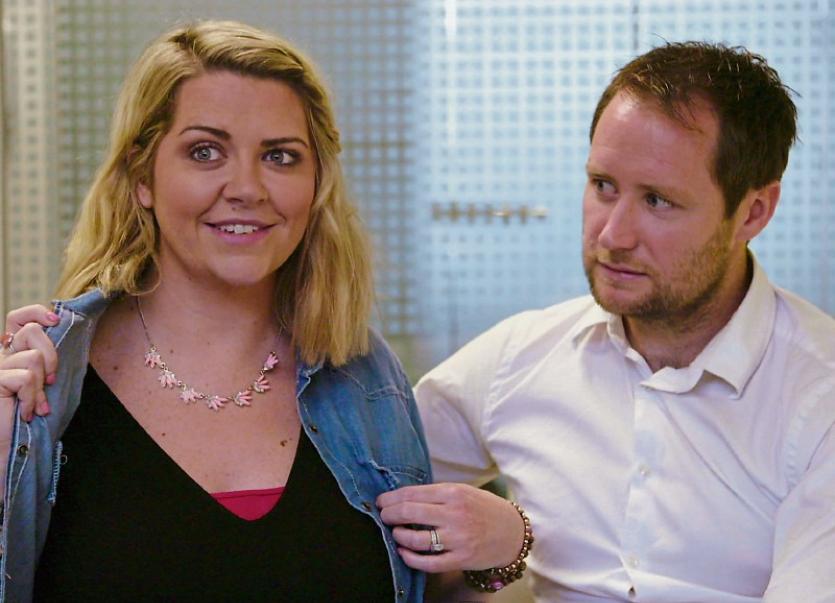 A Newbridge couple, who went through years of fertility treatment, have welcomed twin girls.

Fiona Gibson gave birth to Alannah and Aoife on December 8.

Fiona and husband Eoghan O’Toole, both teachers in Cross and Passion in Kilcullen, suffered many setbacks during their IVF journey, but are now overjoyed by the two arrivals.

Speaking to the Leader in October, Fiona said:

“I would have always kind of known there was going to be trouble anyway because I always had problems with polycystic ovary syndrome (PCOS), but myself and Eoghan sat down in 2013 and we said we’ll give it a go. When nothing happened after a year, I went to a fertility clinic in Newbridge, and I was with them for two years trying loads of rounds to develop follicles and stuff, and then after two years they said 'no I think IVF is the way to go'.

It hasn't been easy sailing for the couple, who met 10 years ago.

“So I did an artificial insemination first, then I did two IVFs, the first one was cancelled and the next one there was no fertilisation, then we did a round of ICSI, which is where they inject the sperm into the egg, and I got pregnant from that but unfortunately that ended in a chemical pregnancy. At Christmas time last year I transferred three embryos in a frozen transfer and none of them took, and then I did another cycle in April of this year, and that’s the one that worked, we managed to get two babies out of it!”.

The pair spent thousands on fertility treatments, and Fiona welcomed Minster for Health Simon Harris' announcement earlier this year that IVF funding will be available for couples in 2019.

Fiona and Eoghan took part in the TV3 series, The Babymakers, which followed couples' journeys with their IVF treatment, and Fiona said she is delighted she shared her story.