Work on badly-needed Newbridge school extension comes to a halt 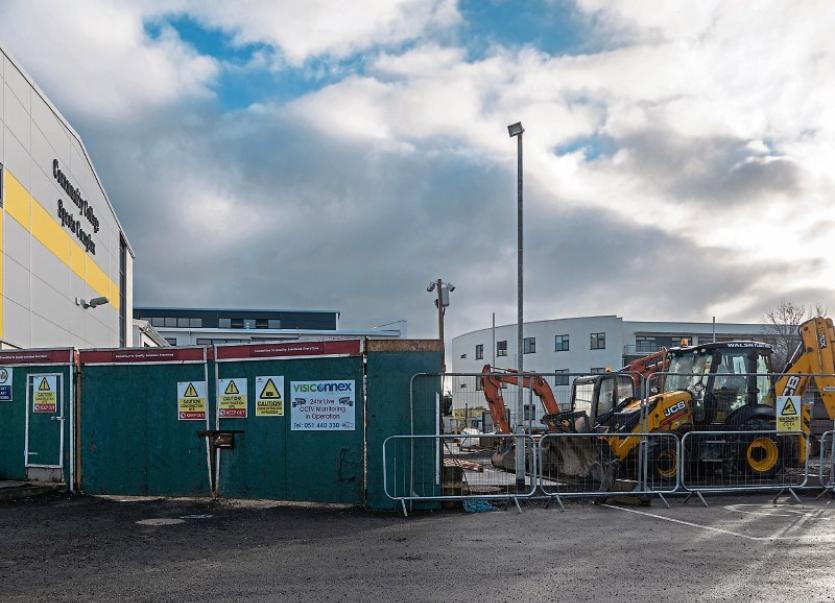 The site at St Conleth's in Newbridge on Monday. PICTURE: Tony Keane

An extension to St Conleth’s Community College on Station Road, Newbridge, which was due to open in January, is likely to be delayed after work there has been suspended.

The suspension, last Friday, December 8, was confirmed by Kildare and Wicklow Education and Training Board (KWETB.It said it could not take possession of the building until all matters concerning certification are resolved to its satisfaction “thus ensuring that the best standards of safety and certification are met” in a statement released on Saturday morning.

The certification is in relation to sections of the frame of the new extension.

The suspension is “pending the production of mandatory building regulation certification from the contractor for elements of the project for which they are responsible from both a design and construction point of view,” the KWETB said in its statement.

The building contractor K&J Townmore was warned by Conor Finegan of McCarthy O’Hora architects that it would have to submit all outstanding certification and associated documentation required for the works.

That letter, which the Leinster Leader has seen, was sent on November 30 last and was copied to the KWETB, the Health and Safety Authority and an engineering firm attached to the project.

Gerry Miller, the acting principal at St Conleth’s school told this reporter that the parties were due to meet again yesterday, Tuesday December 12, to try to sort out the issues.

“If you walk around the building now, you’ll see that it’s a fine building. It’s almost ready.” However, he was keen point out that until the school took possession of the finished building, these matters were entirely out of their control.

“It’s between the builders and the design team,” he said.

In the High Court on November 10, Mr Justice Michael Twomey made an injunction directing that relevant certification in relation to flooring for the school extension which was produced, supplied and fitted by the subcontractor Drumderry Aggregate Ltd, registered at Bunclody Co Wexford, be handed over to K&J Townmore Construction Ltd, which is the main contractor.

Sam Deacon, the proprietor of Drumderry, was reluctant to hand over the certification. He believed that the specifications to which his company built 350 square metres of the flooring related to what he understood was required.

However, since then he had learned of changes to the process of constructing the school which made him concerned that what he had built was not fit for purpose.

Also, the beams for the extension to the new school, which were built by another company in premises he had rented to them, were certified under his company’s name.

And although this matter is being investigated by Gardai and the HSA, he is still very worried that his company is linked to beams which he cannot stand over.

K&J Townmore brought Mr Deacon to the High Court several times over the past month to force him to issue certificates for the flooring, which he eventually did, albeit protesting that it was “under duress”.

And he called for independent engineering firm to be appointed to investigate the matter in full.