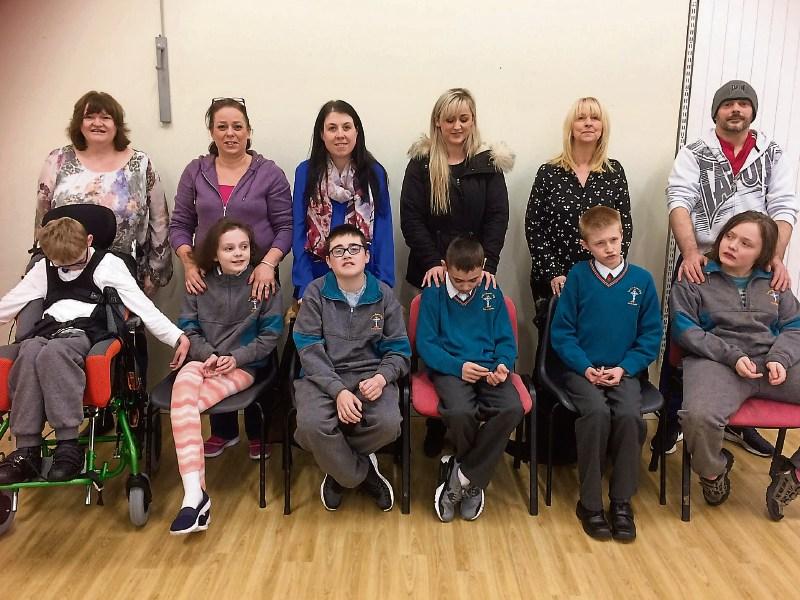 Seven primary school pupils with special needs from Newbridge have no school place when they start secondary school next September.

The seven children are due to finish primary school at Scoil Na Naomh Uilig in June 2018, but to date none of these children have been able to secure an appropriate or suitable place locally, according to spokesperson Cecilia Semple, whose 12-year-old daughter Kelly is one of the children affected.

Five out of the seven children, including her daughter Kelly have ASD — Autistic Spectrum Disorders — leaving them with complex and severe educational needs arising from their diagnosis .

“This is a serious problem for our children and an extremely distressing situation for our families,” she added. One option available is to attend a special school in Dublin or Carlow. However, this will mean a two hour bus journey for the children.

“A local school is an absolute necessity for the children as not only do some have ASD but several have special needs ranging from physical disabilities, are wheelchair users, and medical difficulties such as epilepsy, to intellectual disabilities. Our children are already vulnerable and to impose such travel would be detrimental to them and their families, who are already struggling.”

Another option was  local special school, St Anne’s in the Curragh. However, it is not taking any applications for 2018/19 as it is at full capacity and it is waiting on a new build which will add six extra places.

A third school is the local community college St Conleth’s, which has plans for a new unit for two ASD classes.

An application was made for five out of the seven children to attend this establishment, after a meeting with the school and parents was described as positive. “We have since learned that three children were refused entry as St Conleth’s school policy states that they only accept children with a mild intellectual disability.

“Most notably, despite their diagnoses as moderate, two of the boys received acceptance letters and the school claims it will incorporate these students into mainstream classes unassisted. The other three were refused based on cognitive ability. The Board of Management have their criteria, which is that they only accept children with a mild intellectual disability.

“Everywhere we turn we are coming up against a brick wall. The final option that myself and many of the families have been left with is the Special Education Home Tuition scheme, but this only offers nine hours a week. It is hard enough dealing with a child with special needs but when you have to fight to get them a local secondary school place.”

The Acting Principal of St Conleth’s, Gerry Miller, said that they have received a letter asking them to change their enrolment policy and that the matter will come before the Board of Management next January.

The school is also seeking advice from the KWETB director of schools.  Mr Miller said, however, that the school is currently “between a rock and a hard place” in terms of finishing the new ASD unit in time due to an ongoing dispute over contractor certification of work.