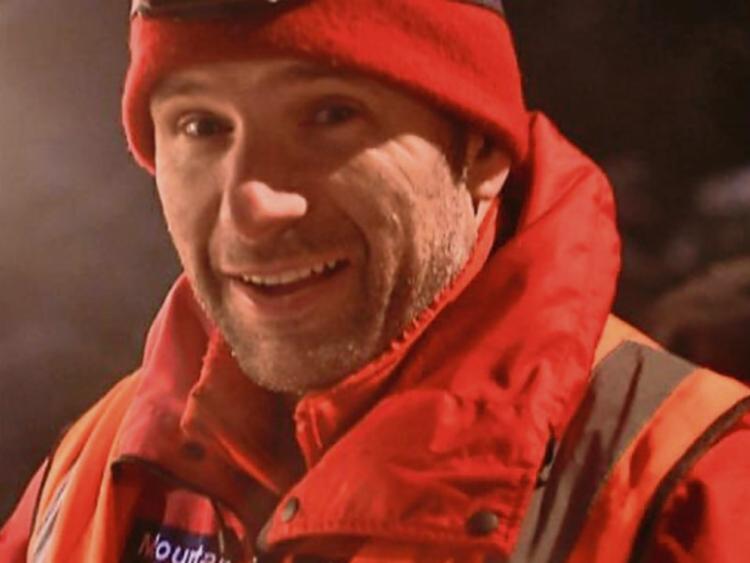 Nothing could have been done to prevent the death of a mountain rescuer who fell while on a routine exercise in  Wales, the Daily Post has reported.

That was the view of the coroner following the inquest into the death of 43-year-old Kevin Hallahan, who died after falling on Crib Goch, Snowdonia, on September 30.

Mr Hallahan, who lived at Morell Manor,  Naas, joined the Dublin and Wicklow Mountain Rescue Team in 2011, and was on a team training weekend in North Wales when the accident happened around lunchtime.

Joseph O’Gorman, a fellow member of the crew, said all of those who took part in the exercise were experienced mountaineers and were wearing all the necessary equipment, according to the Daily Post, which is based in Colwyn Bay, north Wales.

See also: Tributes flow in for Naas resident who died in climbing accident

He added that they had no idea how he fell, but did not rule out that he slipped or trod on some loose stones on the narrow ridge.

Mr O’Gorman said: “We had pre-planned our route and visited Crib Goch and Snowdonia several times before. We knew the area.”

Gruffudd Sion Owen, of the Llanberis Mountain Rescue Team, described the conditions on the day as “particularly greasy”, following several rain showers in the local area.

He added: “I was not there at the time of the incident, but it’s not unknown for rocks to dislodge on the ridge.

“It can be quite challenging, even for experienced mountaineers, and despite it looking solid that may not always be the case.

“It’s impossible to tell how he fell for certain, but the likelihood of an accident is always quite high.”

Pathologist Dr Mark Lord confirmed that Mr Hallahan would almost certainly have died instantly, suffering a fracture to the back of the head following a fall from a considerable height.

Coroner Dewi Pritchard Jones was satisfied that Mr Hallahan’s death was an accidental one.

He said: “There’s no such thing as a safe mountain.”

The inquest heard that the consequences following a fall in that area can be disastrous and that the climbing group did nothing wrong that day.

Mr.Hallahan was described as a man who cared for those around him, supporting and mentoring, “with a kind word and a friendly smile.”