Special ceremony held at the weekend 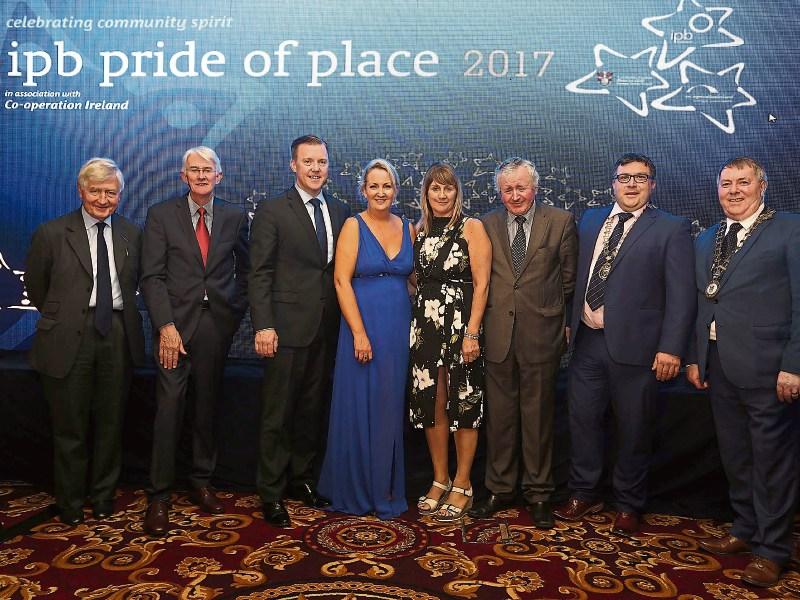 Representatives from Barretstown at the award ceremony

The charity was recognised at this year’s IPB Pride of Place awards last Saturday night, December 4.

The awards acknowledge the achievements and the invaluable work undertaken by volunteers and those involved in local community development. Barretstown landed a special award, at a gala ceremony held in Letterkenny.

The judges said: “Barretstown Children’s Charity provides free of charge a wonderful supportive environment for children and their families living with serious illness-adopting a holistic approach it can truly be described as the centre of excellence in childhood cancer care”.

During the ceremony 49 awards were announced in the main competition, the cities competition and special awards, ranging from groups supporting small rural communities to those involved in large inner city housing estates.

RTE presenter Aengus MacGrianna was MC for the ceremony, which was attended by over 800 people.