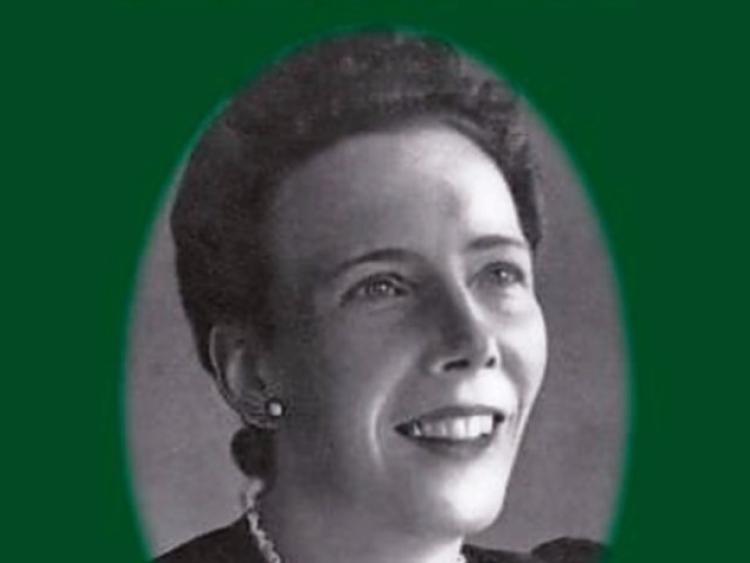 Part of the cover of the new book

A new book titled The Maura Laverty Story - from Rathangan to Tolka Row is being launched by author, Seamus Kelly in Rathangan Community Centre on Sunday, November 19.

It's ironic that the launch will take place in the very building where Maura Laverty was baptised, and was subsequently married in 1928. Seamus points out the Leinster Leader acutally covered her wedding to Seamus Laverty back then.

“Her niece, Sinead O'Kelly from Kilkenny has designed the cover of the book. Christopher Fitz-simon, the first producer of Tolka Row, and the man who asked Maura to do it in the first place back in 1963, is actually launching the book, so it's a real priviledge to have him there as well,” he said.

Laverty was the author of five cookery books, three plays, scripts for TV show Tolka Row, and four novels including Never No More which caused huge consternation at the time it was published in 1942

Set in the “fictional town” of Ballyderrig, many people recognised some of the main characters depicted in the book as being from Rathangan, although their names were changed.

Mr Kelly points out she also wrote romanic stories which appeared in magazines around the world.

Through his research he discovered Laverty has four grandchildren living in the US.

All are welcome to attend the launch, which kicks off at 2.30pm on November 19. Mr Kelly thanked his sponsors for their support.

The book, which was published by Naas Print, is being sold at the launch for €10.