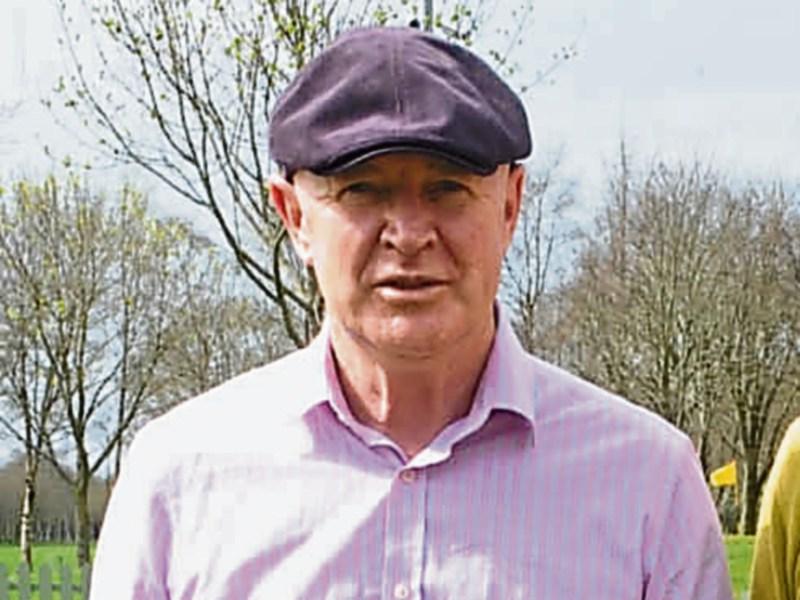 Tommy in action out on the golf course

The former owner of Chicken America in Newbridge, Tommy McCormack, has passed away.

His funeral took place today at 11am at the Dominican College Church for with burial afterwards at Barrettstown Cemetery, Newbridge.

“Tommy was a brilliant Moorefield supporter who played with the club in the 70’s. He also managed teams at Underage, Minor and Junior level. He will be sadly missed in Moorefield GAA.”

Mr McCormack also had a love of art and held an exhibition of his paintings at McCauley Place in Naas in February 2016, which was well received by the public.

Music and golf also played a huge part in his life. In his younger days, the successful businessman also enjoyed horse riding.

Over the past few years, he suffered with his health and featured in an RTE documentary.