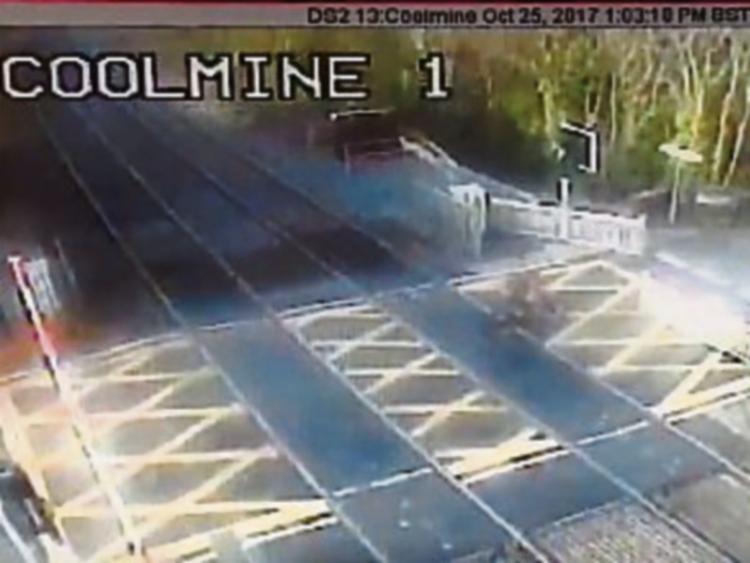 Delays were reported to Maynooth rail lines this afternoon, after a cyclist caused damage to a level crossing at Coolmine.

Iarnród Éireann‏ released footage of the cyclist trying to cross the level crossing before the barrier dropped, and ends up colliding with it.

Delays of up to 30 minutes were reported at approximately 2:15pm as a result.