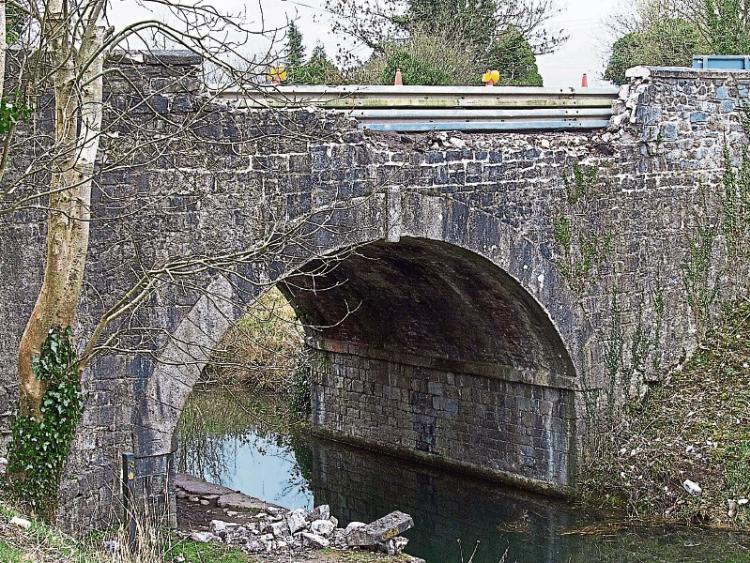 On March 20 2016, Gardai were called to the scene of an accident at Cock Bridge, Goatstown, Prosperous, at around 2.50am. Garda Ciaran O'Keeffee told Kilcock District Court on October 17 that they had received reports that a car had crashed into the bridge and that it had taken the patrol car around 10 minutes to get there.

They found, Andrei Donas (32), of 24 Silken Vale, Maynooth, at the scene. He refused to answer questions about the accident or who the driver was, and he appeared to be injured.

Part of the bridge had fallen into the canal and €12,000 damage was done to the bridge. Mr Donas had insurance to drive at the time of the accident.

Garda O'Keeffe said they were concerned there may have been other people who were missing and they called the Garda helicopter.

The fire service were also called.

Mr Donas had a head injury and there was blood on his head.

David Powderly, solicitor, for Mr Donas, put it to the Garda that his client could have been concussed and could not answer questions.

“Possibly,” said the Garda, “but the doctor examined him in the hospital and told us that he would be able to answer questions.”

Mr Powderly said his client did not deliberately refuse to answer question and had “significant injuries,” including 20 stitches.

Garda O'Keeffe said he had no doubt Mr Donas could answer questions.

The Court was told that between March 16 and October 16, Mr Donas, had not come forward to try and help the Gardai.

Judge Desmond Zaidan concluded that the refusal to answer questions was a waste of Garda time and that of the emergency services who were concerned there could be other injured people.

The judge said the Gardai did the right thing to call the emergency services.

He opted to convict him for failing to give information to the Gardai.

Mr Donas had seven previous convictions, most of them for for road traffic offences.

He was disqualified from driving for a year for having no insurance in 2010.

In 2014, he was convicted on public order offences.

Judge Zaidan fined Mr Donas €750 for refusing to give information