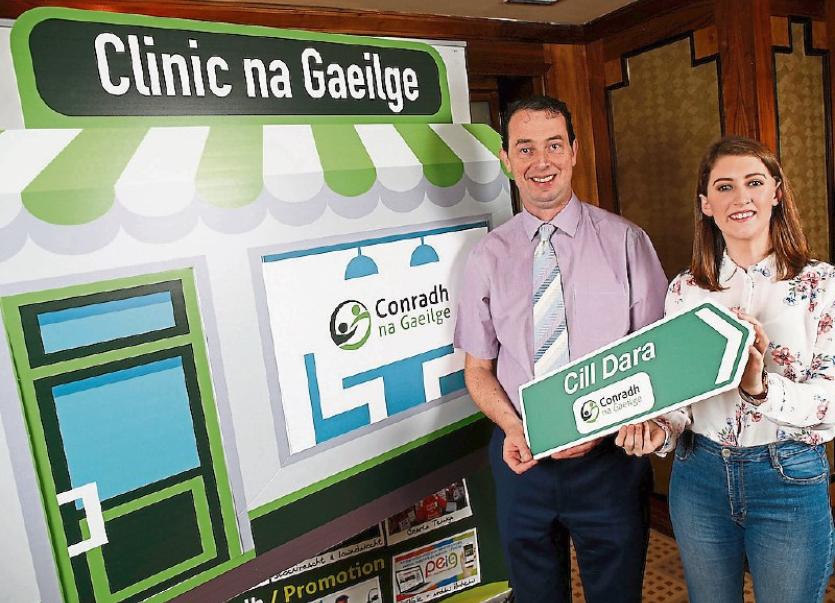 FORTY per cent of county Kildare’s population aged three or over declared they are able to speak Irish, according to the 2016 Census.

That leaves around 60% who cannot speak the native language, many of them born elsewhere with neither Irish or english as their native tongue.

Questions asked by the Central Statistics Office indicated that 85,426 spoke the language in Kildare.

But over a third of those speakers use the Irish language daily only within the education system.

The Census highlights the fact that many Kildare residents who cannot speak Irish are from other countries and cultures.

There were were almost 30,000 speakers of foreign languages in the county Kildare population.

To cite one minority example, the number of Urdu speakers in  Kildare doubled from 128 to 247 between 2011 and  2016. Or another: speakers of Pashto, one of the Afghanistan languages, rose from four to 17, a small rise but probably the third largest percentage rise between 2011-2016.

Last week members of the Irish-speaking community from Kildare met with their local representatives to voice their concerns around Irish language and Gaeltacht funding. The Clinic Na Gaeilge, Conradh na Gaeilge, visited Kildare Street in Dublin and met, among others Kildare North TD, Frank O’Rourke, to ask for their support for an Irish Language and Gaeltacht Investment Plan which could create over 1,150 new jobs. The group was looking to secure  €5.3 million for its plan in Budget 2018.

“It was good to sit down as Gaeilge with Frank and encourage him to make investment in the Irish language and in the Gaeltacht a priority for the Government in Budget 2018,” said a spokesperson, Alswyn Ní Aonghusa-Ní Dhúill.

Dr Niall Comer, President of Conradh na Gaeilge said the plan would  provide essential resources towards the language planning process, and afford the public many opportunities across the country to use Irish

He said Irish language and Gaeltacht employment authorities have seen their resources slashed by up to 70% since 2007. “It is time to honour the Programme for Government and invest in our Gaeltachts and in our language,” said Dr Comer.