Urgent appeal for tents and sleeping bags for homeless in Newbridge 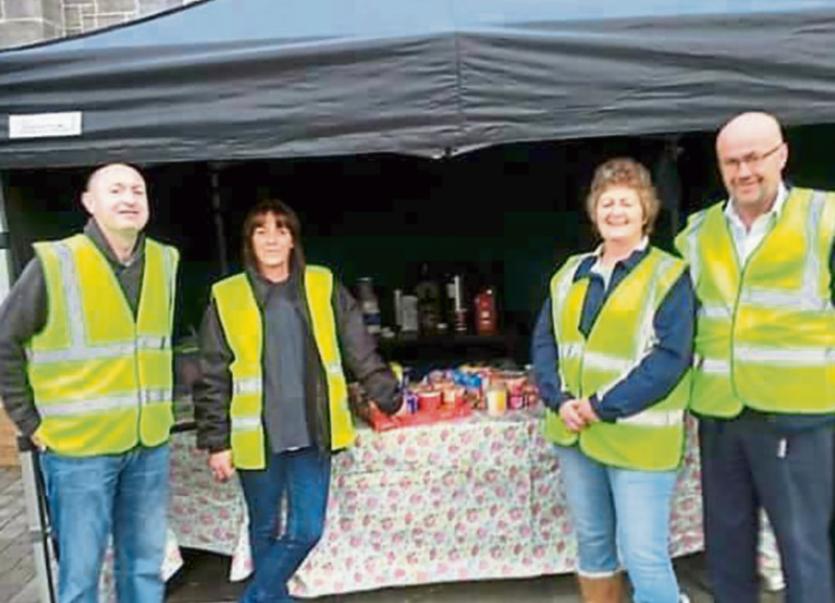 Some of the volunteers at The Dining Room in Newbridge

The number of people flocking to a Newbridge volunteer group’s homeless food and clothing stall is increasing each week.

With winter on the horizon, The Dining Room is appealing for donations of tents and sleeping bags.

“Every night we have different faces coming. Last night (Thursday, September 28), we had people coming to us soaking wet. The weather was terrible and they were drownded wet. We gave them warm clothes and dry sleeping bags,” said volunteer Dolores Naughten.

She said donations of warm clothes such as tracksuit bottoms and winter jackets would be most welcome. The group recently sent out an appeal for storage space and Kildare GAA came to the rescue at Conleth's Park. The Dining Room set up their stall outside the Town Hall in Newbridge every Wednesday and Friday night.

“We have to restock four or five times a night and we always run out of hot food,” said Ms Naughten.

The volunteers cook vats of hot meals each week, such as stew or curry. Other food is also given out. The group depends on donations from the community, which have been pouring in.

“We are hugely grateful for all the support we have received,” she said.

“People have been so good.”

As the weather grows colder, hot foods such as pot noodle and cuppa soup are in demand.

Donations can be dropped in to Dora May's Cafe or to Dolores herself. For updates keep an eye on The Dining Room facebook page.

As Kildare's housing waiting list hits 7,289, and the number of people sleeping rough continues to rise, councillors are being inundated with housing queries.

Kildare Housing Action Group is taking part in Focus Ireland's Shine a Light event next month by staging a sleep out outside Newbridge Town Hall on October 13.

Group member, Cllr Joanne Pender said: “I think it is getting worse. The number of people sleeping rough in Kildare is increasing.”

She said she heard of one man who was sleeping in his car in a petrol station carpark at night. She highlighted another case of girl who was being looked after by care services, but they had no funding for her when she turned 18, and she had nowhere to go.

House building is increasing in Kildare, however, the Independent councillor pointed out; “It's great that more houses are being built but they are not affordable houses. If you want to buy a €300,000 home, you would have to have a deposit of €30,000 and the couple must have a combined income of €90,000 a year to get a mortgage,” she said.

She said the only way around the problem was for the council to build it's own houses.

The council recently reported that proposals for 24 Athy social housing units are being discussed, 45 units in an unfinished Newbridge estate are being purchased, 50 in Kilcock, 12 units bought by an Approved Housing Body (AHB) in Naas, 19 units bought in Castledermot, and more than 30 units have been provided to date by AHB's in other locations throughout the county.

It said the number of people currently in emergency accommodation including transitional units and the family hub in Athy is 201.

"There are 7289 people on the Housing list as per the 2017 HNA. This figure includes applicants accommodated in HAP Ras and transfers," it said.

"Opportunities to expand emergency accommodation beds are continually being explored however no firm proposals have been entered into at this particular point in time."

KCC said it does plan to build more houses in the county.