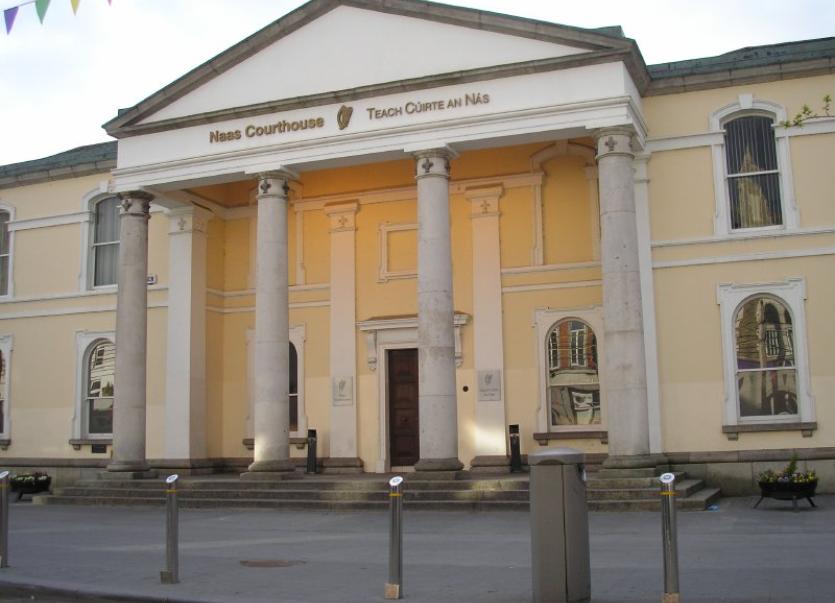 A man who violently broke into the home of his estranged partner and young son, where he threatened to kill her unless she got back with him, has had his jail term cut on appeal.

Martin Stokes (37), with an address at Dara Park, Newbridge, Co Kildare, pleaded guilty at Naas Circuit Criminal Court to aggravated burglary, two counts of false imprisonment and two counts of assault with intent to commit an indictable offence at an address in Maddenstwon, Co Kildare on March 9, 2015.

He was sentenced to eight years in total by Judge Michael O'Shea on March 18, 2016.

Stokes successfully appealed his sentence today, Monday, with the Court of Appeal holding that the Circuit Court judge ought to have considered suspending some of his sentence given his progress towards rehabilitation while in custody.

He was accordingly resentenced to eight years imprisonment with the final 15 months suspended.

Giving judgment, Mr Justice John Edwards said Stokes was the estranged partner of Geraldine Cummins who was staying with her mother, aunt and two children, one of whom was Stokes' son, at the address in question.

Sometime after 2.40am on the night in question, Stokes put in a window at the house and jumped in. Awoken by this, Ms Cummins' mother began shouting “he's here, he's here”.

When Geraldine Cummins went out into the hallway, Stokes immediately grabbed her by the neck and dragged her into the kitchen all the while pressing something sharp into her neck. She was five months pregnant at the time.

Stokes told her he would kill her unless she got back with him.

He suggested the baby she was carrying wasn't his and that she was cheating on him.

He told her that armed gardaí were coming, that he was going to slit her throat, that the gardaí would shoot him and “we'll die together”.

In the meantime, the victim's mother, who had been placed in a bedroom by Stokes, along with other occupants of the house made good their escape and they summoned help. Two men eventually wrestled Stokes to the ground.

In her victim impact statement, Ms Cummins said the events of the night in question had “scarred” her family for the rest of their lives. She described Stokes holding a knife to her throat, throwing her around the place when she was five months pregnant with his son.

She said she genuinely believed Stokes would have killed her and her son that night and that he had “broken me down in every possible way”.

Worst affected by the incident, according to Ms Cummins, was their young son who she described as a “little, lost voice since the incident”. If he falls and cuts his knee, he's terrified from seeing any blood. “I feel like my son has been broken by the one person he should have been able to trust,” Ms Cummins said.

Stokes was unemployed at the time of the incident and had 41 previous convictions. He was not found to be suffering from any major mental illness but had a background of childhood adversity.

He wrote to the sentencing court expressing remorse for what he had done and, while in custody, had attended a number of courses including the Alternative to Violence programme at levels 1 and 2.

Mr Justice Edwards said it was an “appalling incident” involving five victims including two children, all of whom were subjected to a terrifying experience as well as dreadful and unnecessary trauma.

He said Ms Cummins' description of the affect on her young son was heart rending and poignant.

Mr Justice Edwards said the Court of Appeal had some reservation about the Circuit Court judge's refusal to consider suspending any part of Stokes' sentence. He said a track record of real progress required serious consideration.

Given the strength of the evidence concerning Stokes' progress towards rehabilitation while in custody, Mr Justice Edwards said the Circuit Court judge ought to have, on balance, suspended a portion of his sentence.

He said Stokes continued to work towards addressing his anger management issues. His engagement was real and commitment appeared to be genuine, the judge said.

In recognition of the work he had done to date and to incentivise his continuation along that path, Mr Justice Edwards, who sat with Mr Justice George Birmingham and Mr Justice John Hedigan, resentenced Stokes to eight years imprisonment with the final 15 months suspended.

Stokes was required to enter into a good behaviour bond for the suspended period and for three years post release. He acknowledged himself so bound.