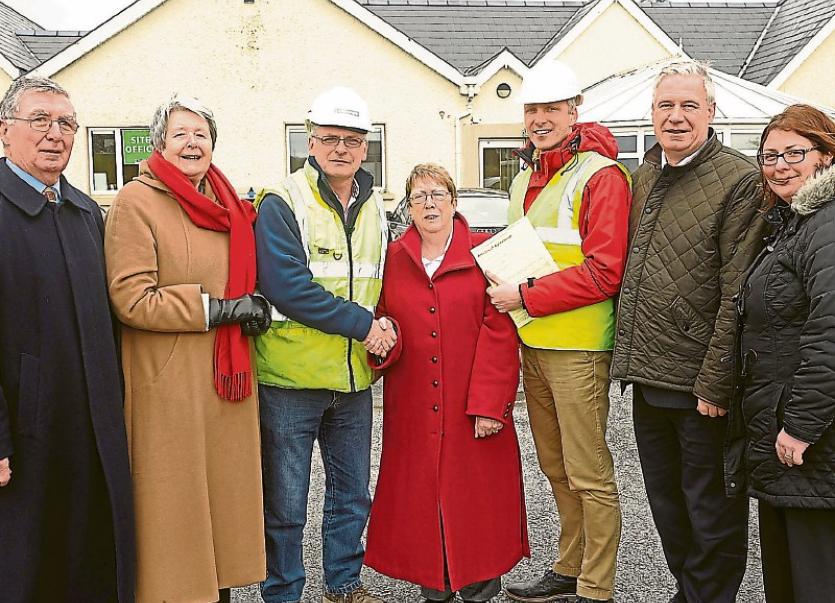 The team involved in the revamp of St Brigid's Hospice

Urgent government support is needed to support St. Brigid’s Hospice on the Curragh, according to Dep Fiona O’Loughlin.

The Kildare South TD has said that unless the Government commits to increasing funding to those hospices operating as section 39 organisations, including St. Brigid’s Hospice in Kildare, service reductions up to and including bed closures are possible in a short period of time.

She was commenting on the risks facing St. Brigid’s after Fianna Fáil Leader Micheál Martin raised the issue of hospice funding directly with the Taoiseach during Leaders’ Questions in the Dáil yesterday.

“Section 39 organisations, such as St. Brigid’s hospice, were instructed by the HSE to implement cuts to staff pay as a result of the FEMPI legislation. This has had a terrible impact on the staff involved and the wider organisation,” she said.

“It’s simply unacceptable that nurses and care workers working in hospices, such as St. Brigid’s, are not being paid the same as their colleagues in HSE run facilities.

“They are, for all intents and purposes, doing the work of the State in looking after critically ill people at the end of their lives.”

She said staff working in hospices are at the frontline and provide amazing care when patients and their families are at their most vulnerable.

“The response from the Taoiseach was disappointing to say the least. He was either unable or unwilling to consider providing the additional funding needed by hospices, and other Section 39 organisations, to restore the pay of their staff,” added Dep O’Loughglin.

“This is something that l and my party will continue to campaign for. They do amazing work, on our behalf, and deserve to have their pay restored in line with their colleagues in the HSE.”

Work is currently being carried out at the Hospice site on the new building.