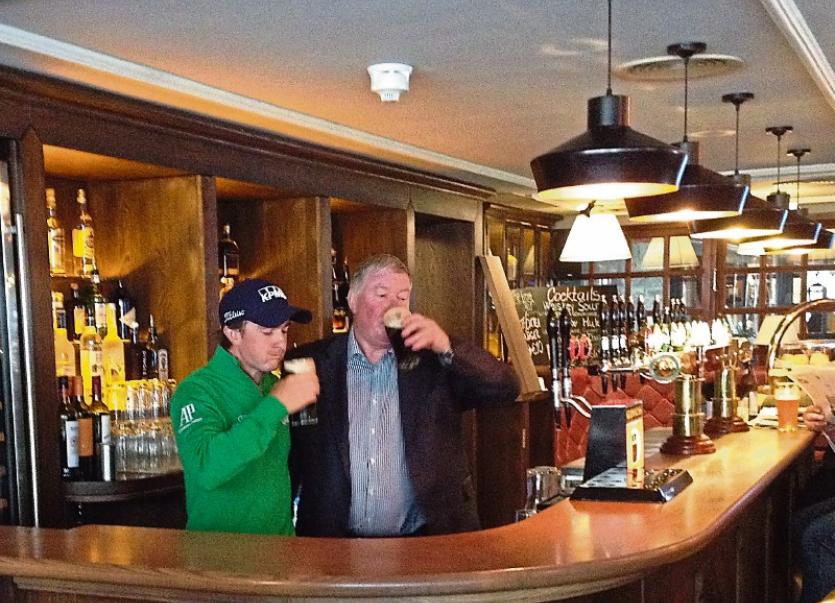 THE Irish golfing world was delighted over the weekend when golfer, Paul Dunne, won the British Masters.

Leixlip folk may be speculating  whether the Greystones golfer nurtured some of his golfing skills driving golf balls along the Liffey bank in Leixlip.

When the Irish Open Golf event took place at Carton last year, Paul Dunne, was named as the Leixlip ambassador and spent some time in the town over the period of the competition.

His duties included teeing off from a narrow strip of land alongside the Courtyard Hotel on the bank of the River Liffey, along with Leixlip native golfer, Mark Cribben, recalled Cllr Bernard Caldwell.

No windows were broken though a few  observers reputedly held their breath, possibly Courtyard Hotel owner, Luke Moriarty, who later treated the golfer to a drink, photographed by Cllr Anthony Larkin.

Judging by the Masters weekend result, they could have relaxed a bit more.