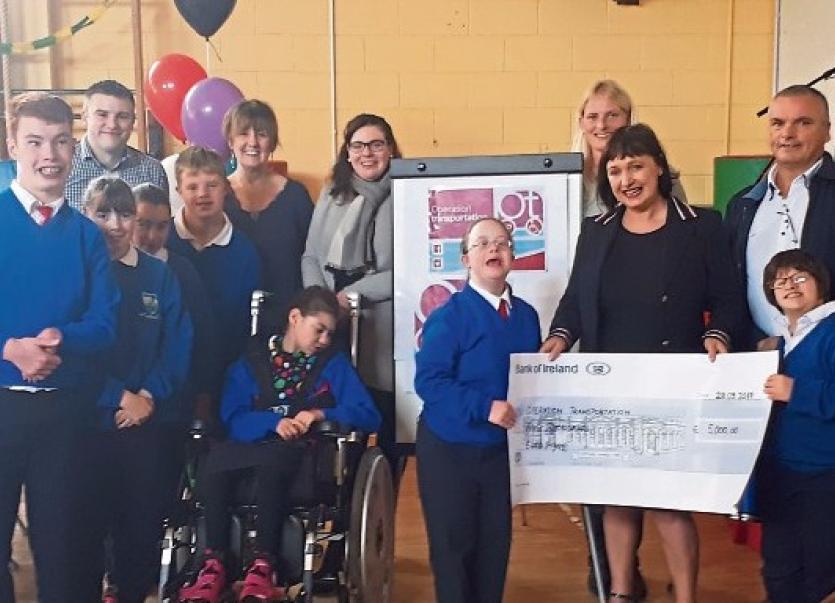 KTL present a cheque for €5k for Operation Transportation

There was a great atmosphere at St Anne’s School on the Curragh this morning, as it launched “Operation Transportation” – a campaign to raise €90,000 for a new school bus.

School principal, Pauline Dempsey explained how the bus, which has to be kitted out for wheelchair and mobility access, is vitally important for the school.

She explained how the children need to get involved in the community and take trips to the library and other outings.

The school has also just begun the new Junior Cycle and the pupils will be taking part in work experience and other placements. Teachers explained how important this is in preparing the pupils for entering the workplace and living in the community.

Parent, Lorraine Higgins informed the attendance that €23,000 has already been raised through fundraising by the parents and sponsorship.

Also included in that figure was a donation by main sponsor, KTL from the M7 Business Park. The cheque was presented by Danny Byrne to the school.

Dep Fiona O’Loughlin spoke of the great work being done at St Anne’s and wished the school well in its campaign.

See next Tuesday’s Leinster Leader for all the details.