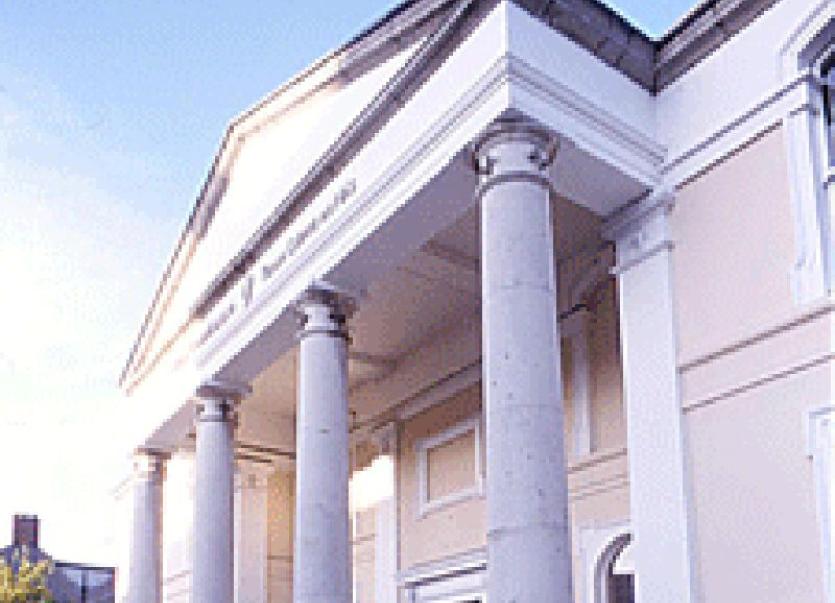 A man, who was found guilty of allowing himself to be carried in a stolen car, which crashed into the wall of a Maynooth church last July, has been jailed for eleven months.

Gardai initially thought the occupants of the crashed vehicle were killed.

“We thought they were all dead,” one Garda told the Court.

Mr Daly denied the charge and told the Court on oath that he did not believe the jeep was stolen until some way in its journey on July 25 last.

The Court heard that Mr Daly, who was a front seat passenger,  was apprehended after the car crashed into the wall of St Mary’s Roman Catholic church opposite the Manor Mills Shopping Centre on the Moyglare road in Maynooth.

The owner of the car, Carl Cox told the Court that when he arrived home from work around 3.30am in the morning, his front door was open and a 2010 black Lexus jeep was gone. The keys had been taken from his wife’s handbag in the kitchen of their Foxboro Heights home in Lucan.

Gardai were called, he told the Court, and he was later told that his jeep was found crashed at the Maynooth church. The jeep was a write off and was valued at €20,000.

Garda James Leahy said he was on patrol in the Celbridge area when he got a call on Garda communications about a missing car. It was reported the car was in Kilcock and heading to Maynooth.

They went to the Maynooth area and parked near the Manor Mills centre. He saw a vehicle passing them at “extremely high speed.”

At the lights as the jeep approached from Kilcock it passed them out and went straight through the lights and crashed into the wall.

They followed the jeep and stopped within metres of it.

Gardai Leahy said the passenger front door was flung open and Mr Daly stepped out. The defendant ran across the rubble of the wall and towards the back of the church.

Mr Daly, he said, tried to climb a wall. Garda Leahy tried to get hold of his trousers but he slipped away and went down towards the Lyreen river, where he was arrested, at around 4.50am and taken to Lucan Garda Station.

Garda Leahy’s colleague, Garda Nathan Conroy, who was driving the Garda car, said as the jeep approached the church wall, it went into a wobble and sparks came out the back.

At that stage Gardai were in pursuit and there were blue lights on some of their vehicles.

He said that Mr Daly had tried to kick out at Garda Leahy.

Garda Conroy said he followed Mr Daly into the Lyreen river and the water was up to the defendant’s thighs.

He said he had to apply pepper spray to the defendant.

Mr Daly denied the charge, saying, on oath that he did not know the car was stolen. He thought it was owned by driver’s uncle. The driver had earlier asked him to go to a party.

Sarah Connolly, BL, for Mr Daly, said her client had tried to stop the jeep at the church by grabbing the steering wheel and not allowing it to turn left or right at the T junction.

She argued there was no evidence that Mr Daly knew the jeep was stolen.

Garda Inspector John Costello and the State told the Court that Mr Daly had plenty of time to try and stop the car before that.

In the witness box, Mr Daly said there was no handbrake on the car and he had to pull the steering wheel.

Asked why he ran from the car, Mr Daly said he ran because there were warrants out for his arrest.

He also told the Court that the parties in the car had some drink during the journey.

Mr Daly denied having been in the river, stating it was another person in the car.

He told the Court that he received a broken collarbone following the incident.

Judge Desmond Zaidan did not accept Mr Daly’s case and convicted him.

He had been convicted for car theft, for an offence which took place on April 9 and received a month in jail.

He had received a suspended four month jail sentence for driving without insurance on February 19 2015.

He had also been convicted for threatening and abusive behaviour on August 29 of this year.

Judge Zaidan asked the inspector why he referred to Mr Daly as a gentleman.

Inspector Costello replied that he was being courteous.

Ms Connolly said her client had been in custody since the incident.

His three children were in the care of his mother and his partner had passed away.

Ms Connolly said he ran the risk of “losing his home and his children’s home.”

He was also on methadone treatment in jail.

Judge Zaidan said it was “only for the grace of God that there were no fatalities”.

He said members of the public in the area and Gardai involved in the high speed chase would have been at risk.

The judge said the maximum sentence he could impose on Mr Daly was twelve months.

Judge Zaidan said that “to add insult to injury his (Mr Daly’s) explanation of events on the road was just beyond contempt.”

He jailed him for the 11 months and said he must re sit his driver’s test when his five year driving disqualification was over.