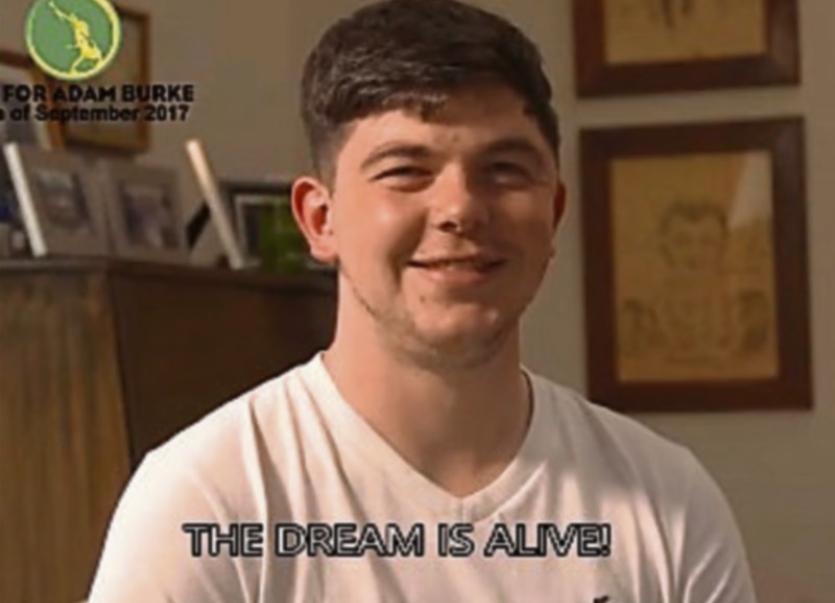 An overwhelming amount of support has been given to Two Mile House’s Adam Burke in the lead up to his fun run on Saturday week (September 30).

Bucket collections were held in St. Conleths Park, Hawkfield and Dunnes Stores in Newbridge, and Croke Park on All-Ireland final day over the weekend, and the committee say everyone was very generous in their giving.

The doctors told family that there was a 20% chance of Adam surviving, and if he did there was a slim chance he’d walk, talk or recognise them again.

Miraculously, Adam has made phenomenal progress over the last year, but further speech and physical therapies could cost up to €1 million.

A 5km/10km walk/run will take place on Saturday September 30 in Two Mile House starting at 4pm.

Tickets are €25 and include a t-shirt, entry to a BBQ that evening and to a Celebrity GAA Panel at 8pm hosted by Marty Morrissey with guests Davy Fitzgerald, Joe Brolly, Michael Duignan and Tomás Ó Sé.

To register for the walk/run on September 30th click on the link here: www.popupraces.ie/events/run-adam-burke-family-5km-fun-run-10km-run/.

If you can’t take part in the Run but would like to support Adam, you can make a donation online at www.gofundme.com/runforadamburke.