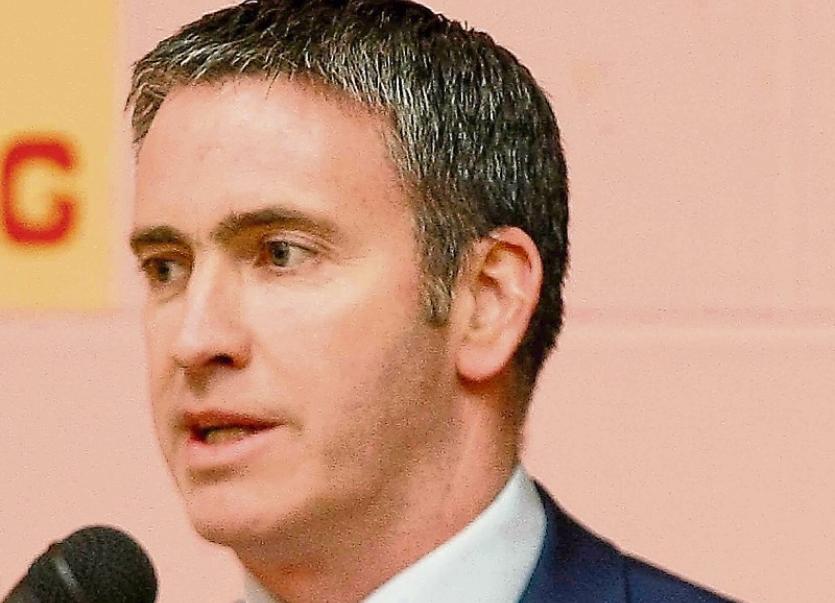 THE Minister for Housing and Urban Development, Damien English, has told Kildare Council that he is considering issuing a direction the Council to change the Celbridge Local Area Plan 2017-2023, it has agreed.

On September 13, Mr English wrote to Chief Executive, Peter Carey said that he has formed the “provisional opinion” that the Council did not take account of “submissions made on my behalf” in February and June 2017.

The plan did not comply with certain sections of the act.

The Minister is taking issue with the Council decision to abandon a Town Centre extension to Celbridge at the historic Donaghcumper demesne and a zoning at Crodaun on the edge of the town.

He has issued a “draft Ministerial direction” and asked Mr Carey to bring it to the attention of councillors by September 13 last.

Councillors opted to change the Town Centre zoning at Donaghcumper to “strategic open space...therefore deleting the potential of the site for future commercial, retail and residential development. The Minister said; “The Donaghcomper site is centrally located and is the most appropriate location for a town centre zoning for future commercial, retail and other related facilities in accordance with the Development Plan guidelines.”

Regarding Crodaun, Mr English said that land at Crodaun was identified as “peripheral in nature relative to the public transport facilities and the established core of Celbridge and other lands adjoining the town core- the Council was advised that the proposed residential zonings in the LAP should be revisited.”

He said the extra residential zoning at Crodaun (east of the R405 and R449) is contrary to the “sequential spatial approach.”

Mr Carey, whose recommendations on Donaghacumper were not accepted by the Council, will have to publish the draft notice within two weeks of September 13, and prepare a report on foot of a public consultation, including views of the elected members.

On July 14, the full Kildare County Council voted 21-5 to allow Celbridge-Leixlip councillors district to decide on their own Celbridge LAP following warnings from the Minister for the Environment that it will breach planning guidelines.

But on August 17, the Celbridge-Leixlip councillors stuck to their guns, overruled the Chief Executive and ignored the Minister.

On July 14, Cllr Anthony Larkin had asked the full Council not “to override the devolved authority of the Municipal District” to make the Celbridge Local Area Plan.

But Cllr Sean Power, following a private briefing to councillors by the Chief Executive and senior planning officials, early that morning, said the matter should be decided by the full Council as the draft plan was  “seriously defective.”

Mr Carey advised then that if current proposals were agreed, there will be a Ministerial directive and that will be damaging for the Council’s reputation.

Cllr Michael Coleman said that 3,000 people in the Celbridge  had signed a petition in support of what was agreed by district councillors.

If the Minister does intervene, some councillors spoke of a potential judicial review, of any Ministerial decision.